Anatoly M. Khazanov, the Ernest Gellner Professor of Anthropology (Emeritus) at the University of Wisconsin–Madison, has been awarded this year’s Edward Allworth Lifetime Service to the Profession Award from the Central Eurasian Studies Society (CESS). Professor Khazanov held the position of Professor of Social Anthropology at the Hebrew University of Jerusalem from 1985 through 1990. He is also a Fellow of the British Academy and Corresponding Member of the UNESCO International Institute for the Study of Nomadic Civilization. 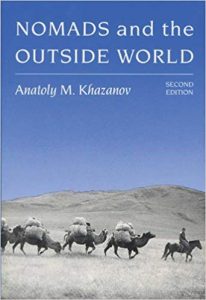 Professor Khazanov has published and edited 19 books and volumes and is the author of over 200 articles and other scholarly publications. Among his monographs are “Nomads and the Outside World” (2nd edition: the University of Wisconsin Press, 1994) also translated and published in South Korea, Kazakhstan, Russia, Turkey, and China, as well as “After the USSR. Ethnicity, Nationalism, and Politics in the Commonwealth of Independent States” (University of Wisconsin Press,1995).  For many years he was doing extensive fieldwork, mainly in Central Asia and Russia. His current research interests include pastoral nomadism, Central Asia, and Russia.

The Edward Allworth Lifetime Service to the Profession Award recognizes extraordinary lifetime achievement in the field of Central Eurasian Studies. Please join us in congratulating Anatoly Khazanov on receiving this prestigious award and on his many invaluable contributions to the field. 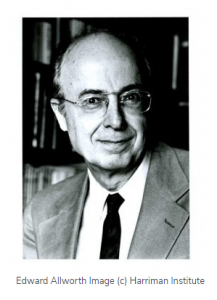