Below is a list of new or revised courses being offered in fall 2022 which may be of interest to students in REECAS. 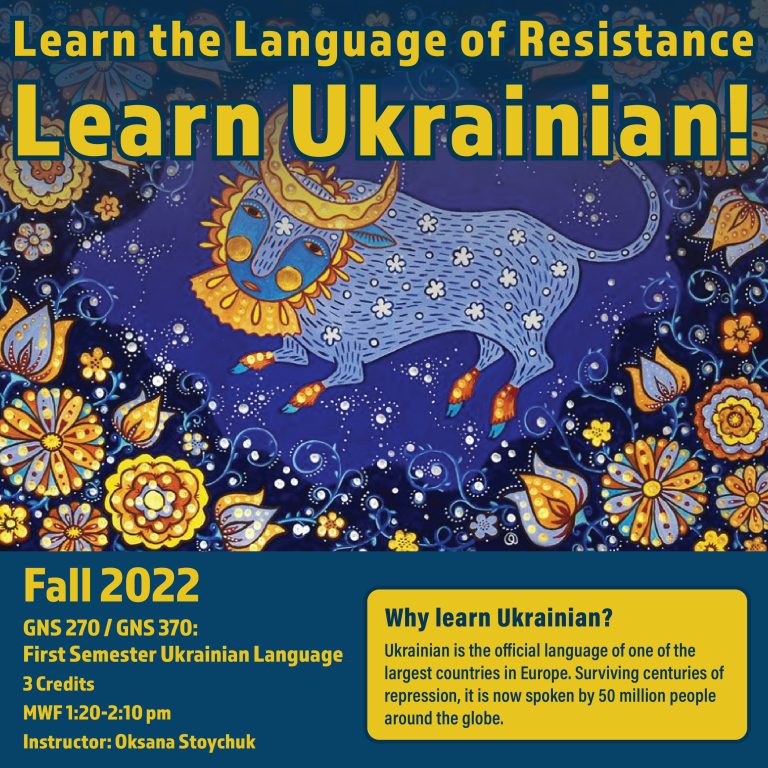 Course Description: Students will learn about Ukraine as a country with a unique ancient culture: Ukrainian Baroque architecture, universities dating back to 17th century, the first constitution developed in 1710, brilliant minds such as the philosopher Gregory Skovoroda (a true 18th-century hipster). In this class, we will learn about the literature and theatre of the Ukrainian avant-garde and the Executed Renaissance, a brutal extermination of Ukrainian intellectuals under Stalin, but also about Sofia Yablonska, a travel writer and photographer, who travelled around the world in the 1920s and 1930s and became one of the first women documentary cinematographers, about the Sixtiers, a generation of intellectuals and artists, one of whom, Sergej Parajanov, is seen by film historians as one of the most influential filmmakers in cinema history, about feminist art and activism from the beginning of the 1990s—and much more. By the end of this course, the students will not only know that the well-known Christmas song “Carol of the Bells” was composed by the Ukrainian composer Mykola Leontovych or that the first helicopter was built by the Ukrainian engineer Igor Sikorsky. They will be exposed to a unique intellectual tradition that has shaped our shared heritage in the past and is shaping the global present.

Course Description: Examines factors that led to the Russian invasion and war in Ukraine and the consequences of the war in terms of international and European security, sanctions and trade, migration and national identity, as well as democracy, dictatorship, and domestic politics in Ukraine and Russia. This course will feature interactive lectures and discussion sections, and students will have opportunities to conduct original research. 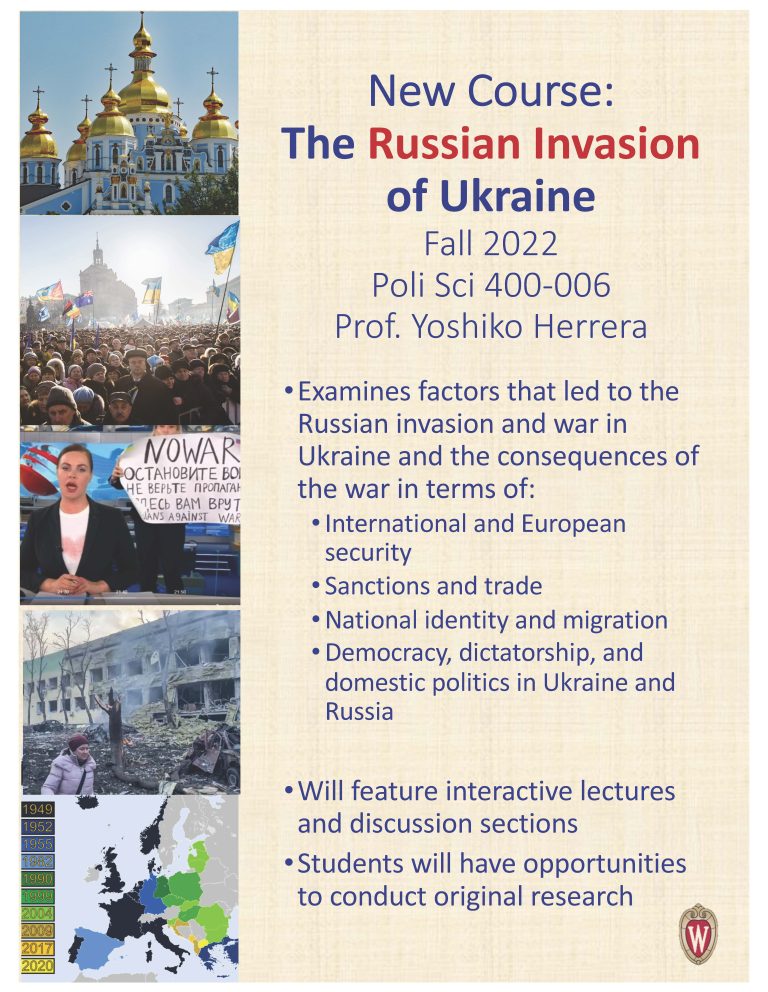 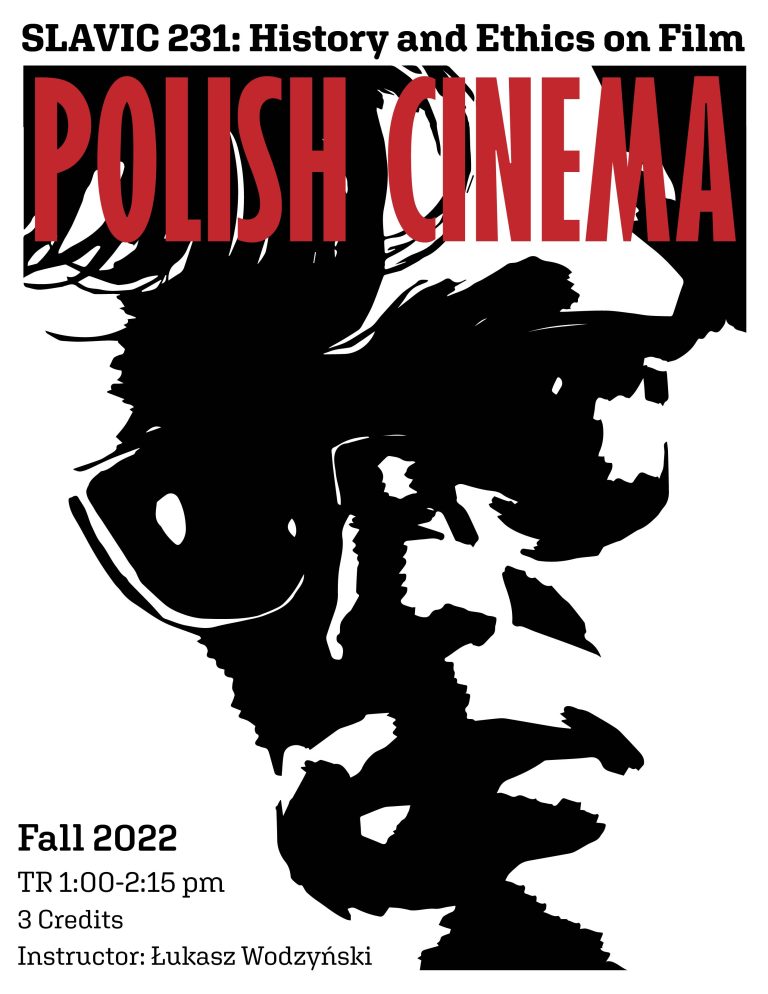 Course Description: What constitutes heroism in the absence of universally shared moral frameworks? Who are we as individuals? What responsibility do we have for the way we represent reality to ourselves and to others? What constitutes “good life”? Engage with these questions and examine Polish cinematic tradition from the so-called Polish Film School to the present. Explore key works, themes, and creators of Polish cinema, and probe the ethical and existential dimensions these films open up. Consider various challenges faced by individuals when they lose connection to social, national, political, religious, and existential frameworks that used to define their identity, along with the strategies — successful or not — for maintaining one’s selfhood and moral integrity in such crises.

Course Description: Take a literary journey from St. Petersburg to Moscow, following the shifting cultural and political currents in Russia from the years preceding the 1917 Revolution to the rise of Stalinism in the 1930s. Topics in translation will include: revolutionary violence and terror, civil war and emigration, Futurism and the birth of Russian avant-garde art, Soviet feminism and the engineering of the “New Man,” technological utopias and totalitarian dystopias, literature and early Soviet economic policy. 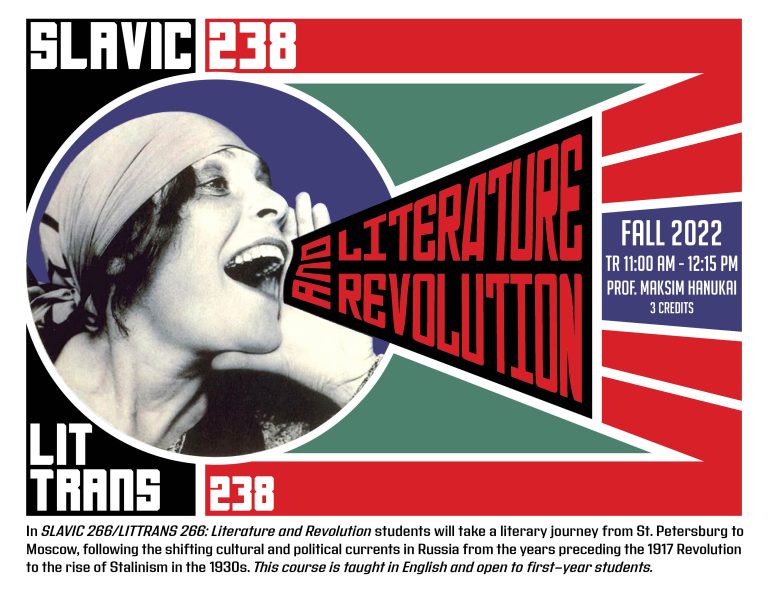 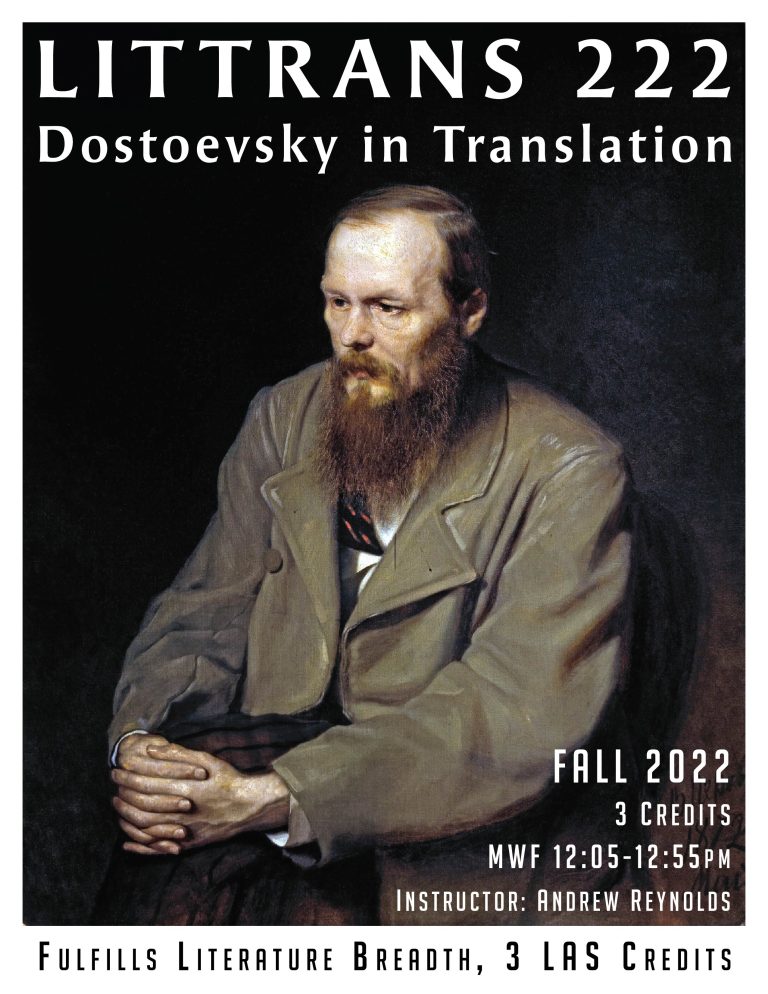 Course Description: Dostoevsky’s works are direct encounters with the “accursed questions” of life, love, evil, violence, sex, death and the other usual suspects. The course’s main focus will be on the individual reader’s close encounter with the aesthetics and ethics of these works. 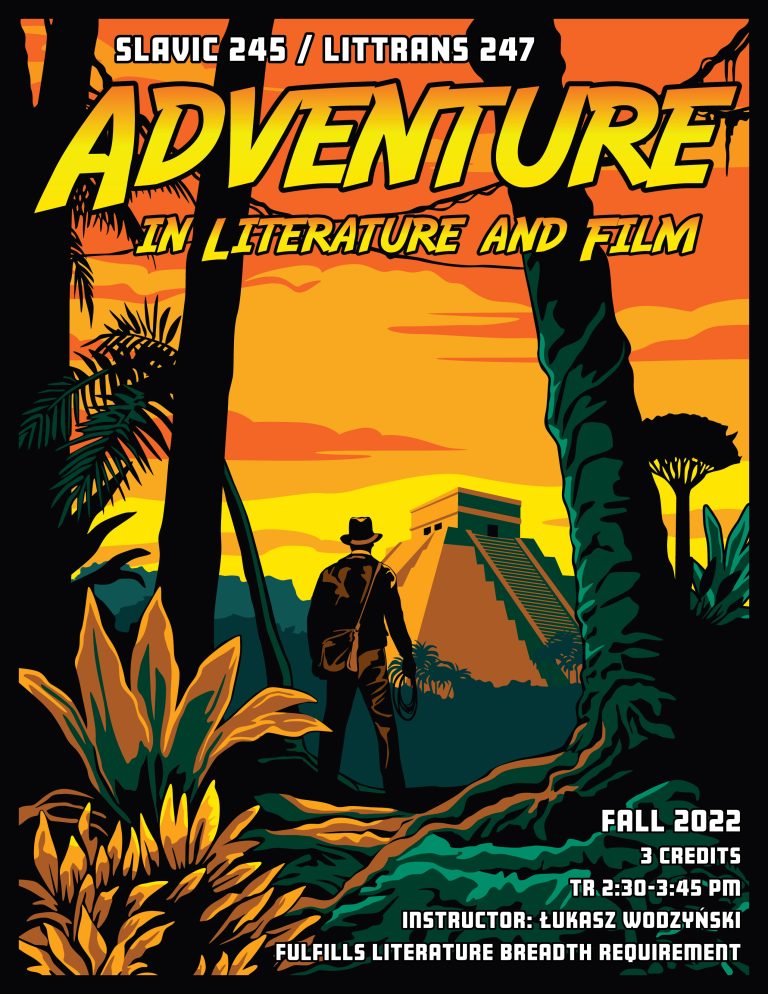 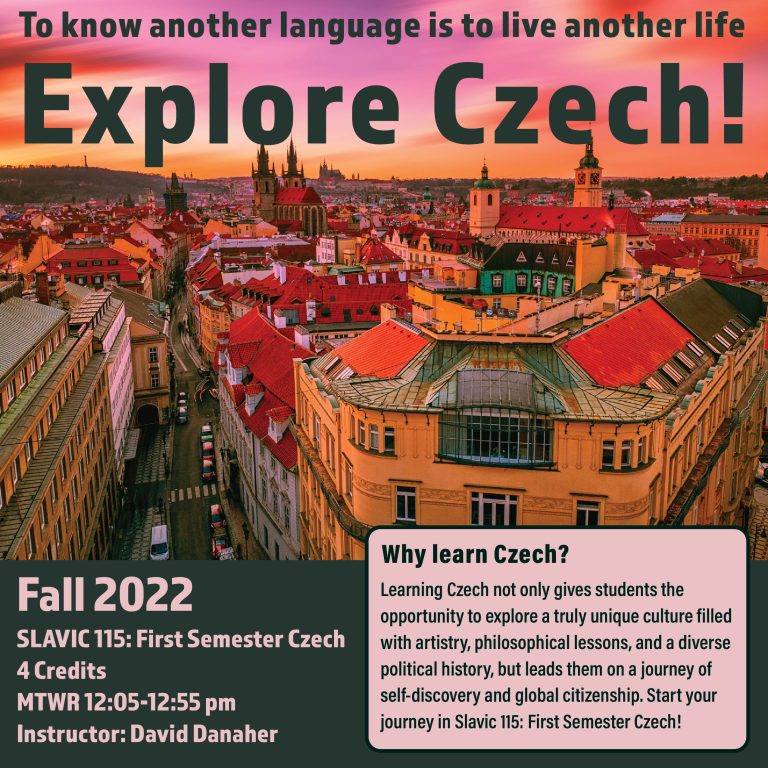