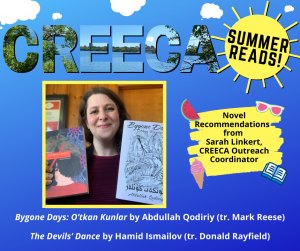 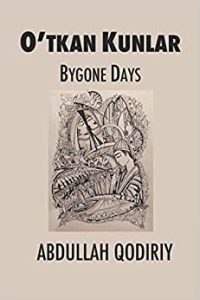 Qodiriy was a 20th-century author, playwright, and translator whose works have been unequivocally influential within modern Uzbek literature. Both Qodiriy and O’tkan Kunlar lived precarious lives inside the Soviet Union, the author executed during the Stalinist purges, and the book heavily censured. Despite substantial adversity, Qodiriy’s three-volume novel was early recognized as a masterpiece. Set in 19th century Tashkent, Turkestan, readers join reformer Otabek as he encounters tensions and dilemmas analogous to those Qodiriy faced in 20th century Uzbekistan. Thanks to Reese, O’tkan Kunlar is finally accessible in English, and this engaging translation will undoubtedly appeal to both those long acquainted with Qodiriy’s work and readers yet unfamiliar with Uzbek literature and culture. 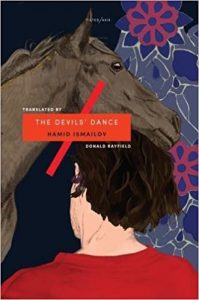 While on the subject of Abdullah Qodiriy and great Uzbek authors, readers should not overlook The Devils’ Dance. Published in Uzbek in 2016, and in English in 2018, the award-winning novel imagines Qodiriy’s life after his imprisonment in 1938. Ismailov (through the fictional Qodiriy) attempts to reconstruct Qodiriy’s legendary lost novel about 19th-century Uzbek queen Oxyon. As in Bygone Days: O’tkan Kunlar, readers will not only be captivated by the novel’s language and plot but will also observe relevant social commentary spanning three very different centuries.

Thoughts on or reactions to the novels? Write to communications@creeca.wisc.edu.