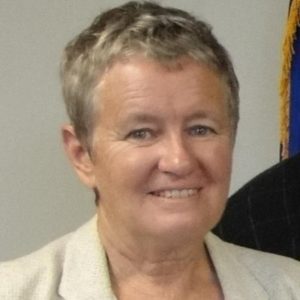 Kate has broad experience working with Peace Corps. She made a personal commitment to her country and the Peace Corps concept in 1961 with President Kennedy’s challenge. She finally had the opportunity to serve as a Peace Corps Volunteer in Ghana from 2004-2007. That was followed by active participation on the leadership team of the RPCVs of Wisconsin–Madison, from 2007 to the present. She also was elected as an National Peace Corps Association (NPCA) Board member and Group Leaders Forum Coordinator from 2010–2013. In 2016 she returned to volunteer service as a Peace Corps Response Volunteer in Georgia. Kate is a co-founder and Group Leader of the RPCVs for Environmental Action. She is excited to add UW Campus Recruiter as a demonstration of her ongoing commitment to the program.