CREECA Lecture: Why Fight? Motivations of the Anti-Kyiv Militants in the Donbass War

The war conflict in Eastern Ukraine started in 2014 and it is still far from its resolution. One of the most debated questions during all those years was the following: Who joined anti-Kyiv armed groups during the first years of the Donbass war, and why? Some experts claimed that Russian soldiers and paid volunteers constituted the majority of irregular anti-Kyiv forces. Others that observe the civil war find that it was Donbass locals who joined armed groups in the first place. In this presentation, based on interviews with combatants and observations collected in 2016-2017 in Moscow, St. Petersburg, Donetsk and Luhansk, Natalia Savelyeva will discuss mobilization trajectories of anti-Kyiv combatants, different factors which impacted their decision to join the fight, and the role of ideology in the Donbass war. 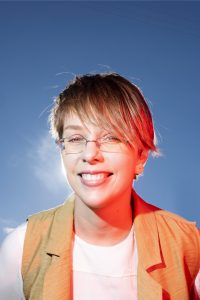 About the Speaker: Natalia Savelyeva is a sociologist. She graduated from Moscow State University in 2007 and received her PhD in Social Sciences from the Institute of Sociology, Russian Academy of Science, in 2016. In 2019-20, she was a Wisconsin Russia Project postdoctoral fellow at the UW-Madison Center for Russia, East Europe, and Central Asia (CREECA). In 2020-21, she was a visiting scholar at the Russian Studies Workshop at Indiana University. Currently she is a researcher with Public Sociology Laboratory, based at the Center for Independent Social Research in St. Petersburg, Russia.

Her research is focused on several topics: time and labor; protest movements in Russia and Ukraine; and war conflicts on post-Soviet space. Among her fields of expertise are labor studies, organizational and management studies, transformations of capitalism, time and temporality, social movement studies, war studies, and biographical and narrative approaches in social science. Natalia’s current research examines war conflict in Donbass, Ukraine: its dynamics, mobilization of different actors, and the role of ideology.​