Webs of Corruption: Trafficking and Terrorism in Central Asia 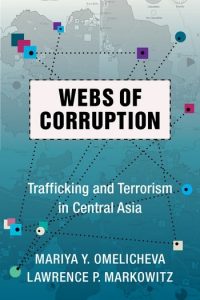 The interconnected terrorist and criminal milieus are believed to be a critical destabilizing factor in today’s global security environment, yet the trafficking/terrorism nexus remains highly politicized and loosely applied concept. What is the nature of trafficking/terrorism connections and how do they vary across states? Does the trafficking/terrorism nexus amplify the threat of terrorist violence? Focusing on Central Asia, this presentation offers surprising answers to these and other questions. It challenges the assumption that the intersection of terrorist and criminal activity is a prevalent, or even a common, occurrence. In fact, the nexus varies greatly within and across countries and over time. Second, it is the state – specifically its collusion in the drug trade – that defines the varied intersections of organized crime, trafficking, and terrorism. Third, the presentation questions the simplistic view that drug trafficking amplifies terrorism. As low levels of terrorist violence in Central Asia exemplify, governments in drug transit states are drawn into illicit economies and forge relationships with a range of non-state violent actors – insurgents, erstwhile regime opponents, and transnational groups – that reduce levels of terrorist activity by redirecting these actors into other spheres and forms of violent resistance. 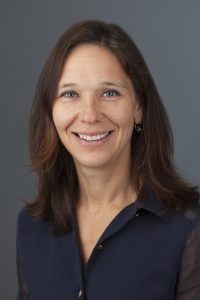 Dr. Mariya Y. Omelicheva is a Professor of Strategy at National War College. She holds PhD (2007) in Political Science from Purdue University and JD in International Law (2000) from Moscow National Law Academy. Dr. Omelicheva’s research and teaching interests include international and Eurasian security, counterterrorism and human rights, democracy promotion in the post-Soviet territory, Russia’s foreign and security policy, and terrorism/crime nexus in Eurasia. She has published on these subjects in Terrorism and Political Violence, Europe-Asia Studies, International Journal of Human Rights, Central Asia Survey, Cambridge Review of International Relations, and other journals. She is the author of Counterterrorism Policies in Central Asia (Routledge 2011), which received an Outstanding Academic Title award by Choice, Democracy in Central Asia: Competing Perspectives and Alternate Strategies (University Press of Kentucky 2015), and Corrupt Security: Trafficking-Terrorism Nexus in Central Asia (Columbia University Press, 2019, with Lawrence Markowitz), and editor of Nationalism and Identity Construction in Central Asia: Dimensions, Dynamics, and Directions (Lexington 2015).