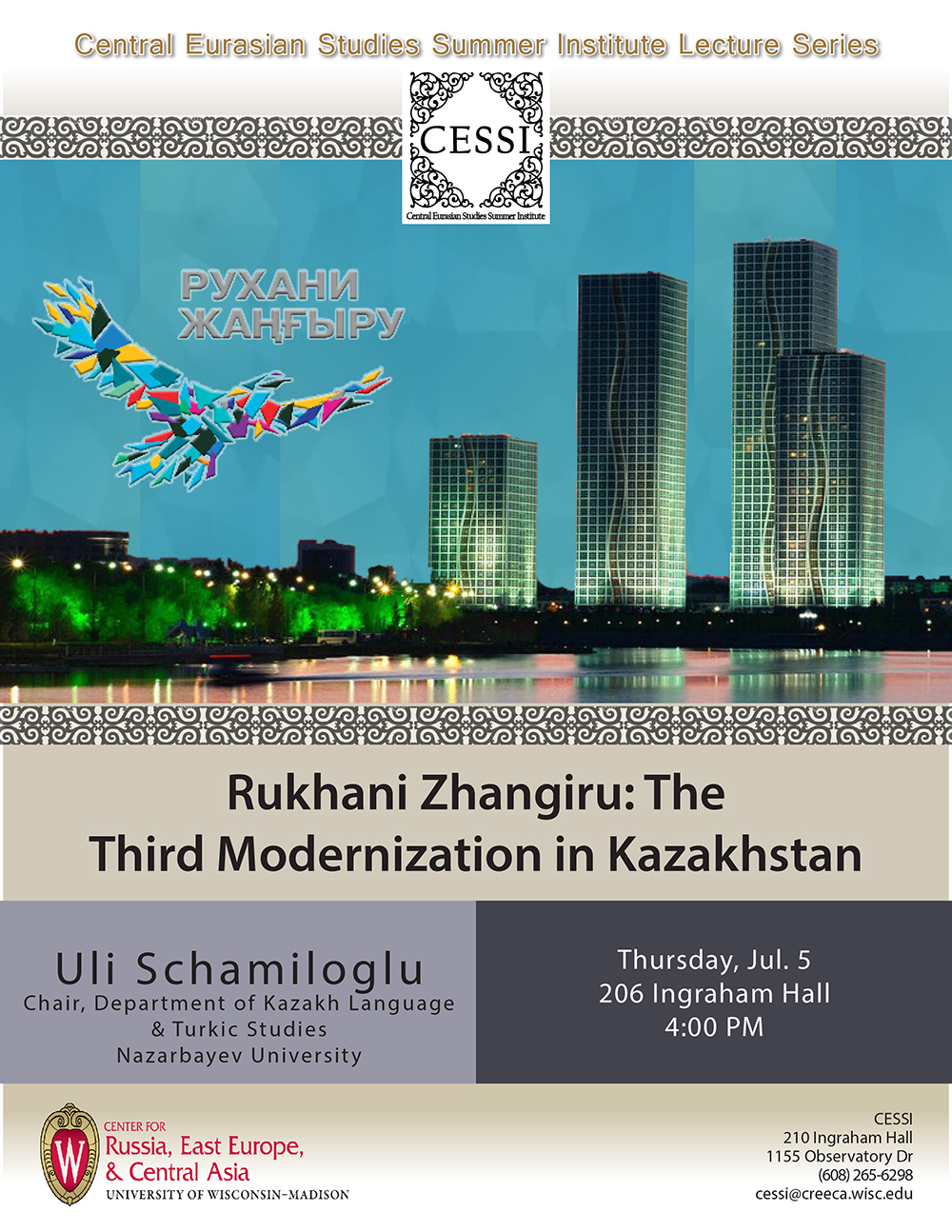 On April 12, 2017, President Nursultan Nazarbayev proposed a new program called, in English, “The Third Modernization”, but it is in reality a program for the spiritual revival of Kazakhstan. It is the 3rd stage in the national revival, the first stage being political and the second stage economic. This 3rd stage includes points on national history, sacred geography, switching to the Latin alphabet, and the selection of 100 textbooks to be translated into Kazakh for use in universities in Kazakhstan. This presentation gives an overview of this program, which is now deeply embedded in Kazakhstan’s civic discourse.

Uli Schamiloglu is a professor and chair of the Department of Kazakh Language and Turkic Studies at Nazarbayev University in Astana, Kazakhstan. His main research interests include the history of the Turkic languages and cultures of the Middle East and Central Eurasia, the socio-economic history of the Middle East and Central Eurasia in the medieval period, the history of Turko-Islamic civilization, and modern intellectual movements among the Muslim Turkic peoples of the Ottoman and Russian Empires. Professor Schamiloglu was also the director of the Central Eurasian Studies Summer Institute at University of Wisconsin-Madison from 2011-2017.