“Putin’s Russia and China in Central Asia: Conflict and Cooperation” 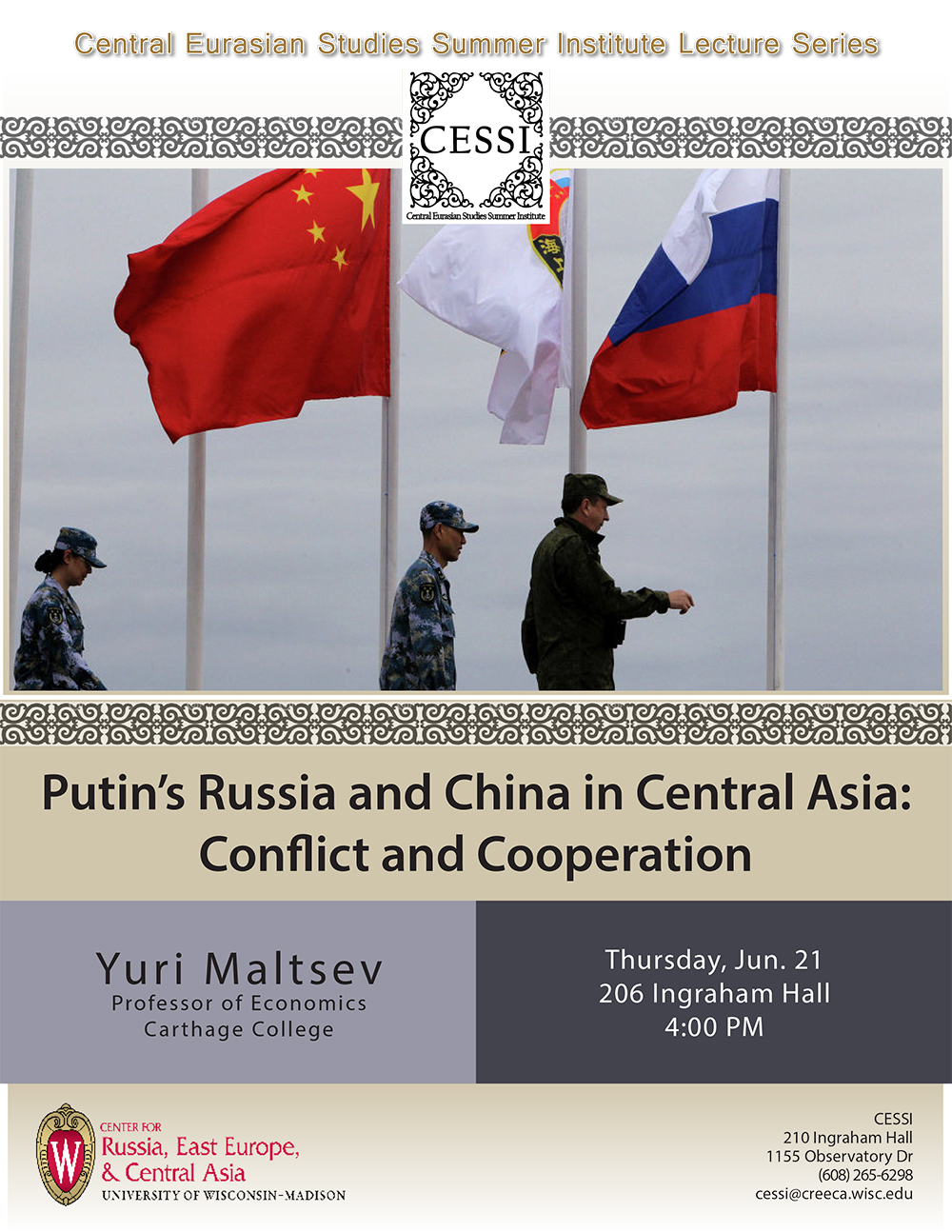 Russia’s interests in Central Asia are similar to those of China and the United States. Today, all three powers are mostly concerned with security in the region. After the collapse of the Soviet Union, Russian troops were withdrawn from Central Asia, with the exception of those in Tajikistan and small forces on the Kazakhstan and Kyrgyzstan borders with China. Both Russia and China were threatened by the spillover of Islamic militancy, terrorism, and arms and drug trafficking from the ongoing conflict in Afghanistan.  The Shanghai Cooperation Organization, a security bloc jointly led by China and Russia, now includes Kazakhstan, Kyrgyzstan, Russia, Tajikistan, Uzbekistan, India, and Pakistan, and is currently engaged in military, security, economic and technological cooperative efforts in Central Asia. In this talk, Maltsev will discuss the current state of affairs and the development of international political cooperation in Central Asia since the fall of the Soviet Union.

Yuri Maltsev is professor of economics at Carthage College in Kenosha, Wisconsin. Before emigrating to the United States, Maltsev was a Chief Consultant for the Bank of Foreign Trade and a member of a senior team of Soviet economists working on President Gorbachev’s reforms package. Prior to joining Carthage College, he was a Peace Fellow at the United States Institute of Peace in Washington, D.C., where he briefed members of Congress and senior officials at the executive branch on issues of national security and foreign economic assessment. Maltsev also regularly speaks on the topic of Russian involvement in Central Asia at the Alan L. Freed Associates public policy seminars for senior military and intelligence officials.