Soviet Judgment at Nuremberg: A New History of the International Military Tribunal after World War II

This event is co-sponsored by the Center for German and European Studies, A Room of One’s Own Bookstore, UW-Madison History Department, the Mosse/Weinstein Center for Jewish Studies, and the Center for Russia, East Europe, and Central Asia. 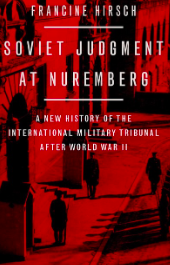 Professor Francine Hirsch presents her newest book, “Soviet Judgement at Nuremberg: A New History of the International Military Tribunal after World War II.” This will be a virtual event. Please register in advance.

Organized in the immediate aftermath of World War Two by the victorious Allies, the Nuremberg Trials were intended to hold the Nazis to account for their crimes — and to restore a sense of justice to a world devastated by violence. As Francine Hirsch reveals in this immersive, gripping, and ground-breaking book, a major piece of the Nuremberg story has routinely been omitted from standard accounts: the part the Soviet Union played in making the trials happen in the first place. Hirsch’s book provides a front-row seat in the Nuremberg courtroom, while also guiding readers behind the scenes to the meetings in which secrets were shared, strategies mapped, and alliances forged. Soviet Judgment at Nuremberg offers a startlingly new view of the IMT and a fresh perspective on the movement for international human rights that it helped launch. 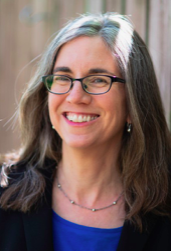 Francine Hirsch is Vilas Distinguished Achievement Professor of History at the University of Wisconsin-Madison, where she teaches courses on Soviet and Modern European history and on the history of human rights. Her first book, Empire of Nations: Ethnographic Knowledge and the Making of the Soviet Union (2005), received several awards, including the Herbert Baxter Adams Prize of the American Historical Association.