“Contemporary Poland and the Jews” 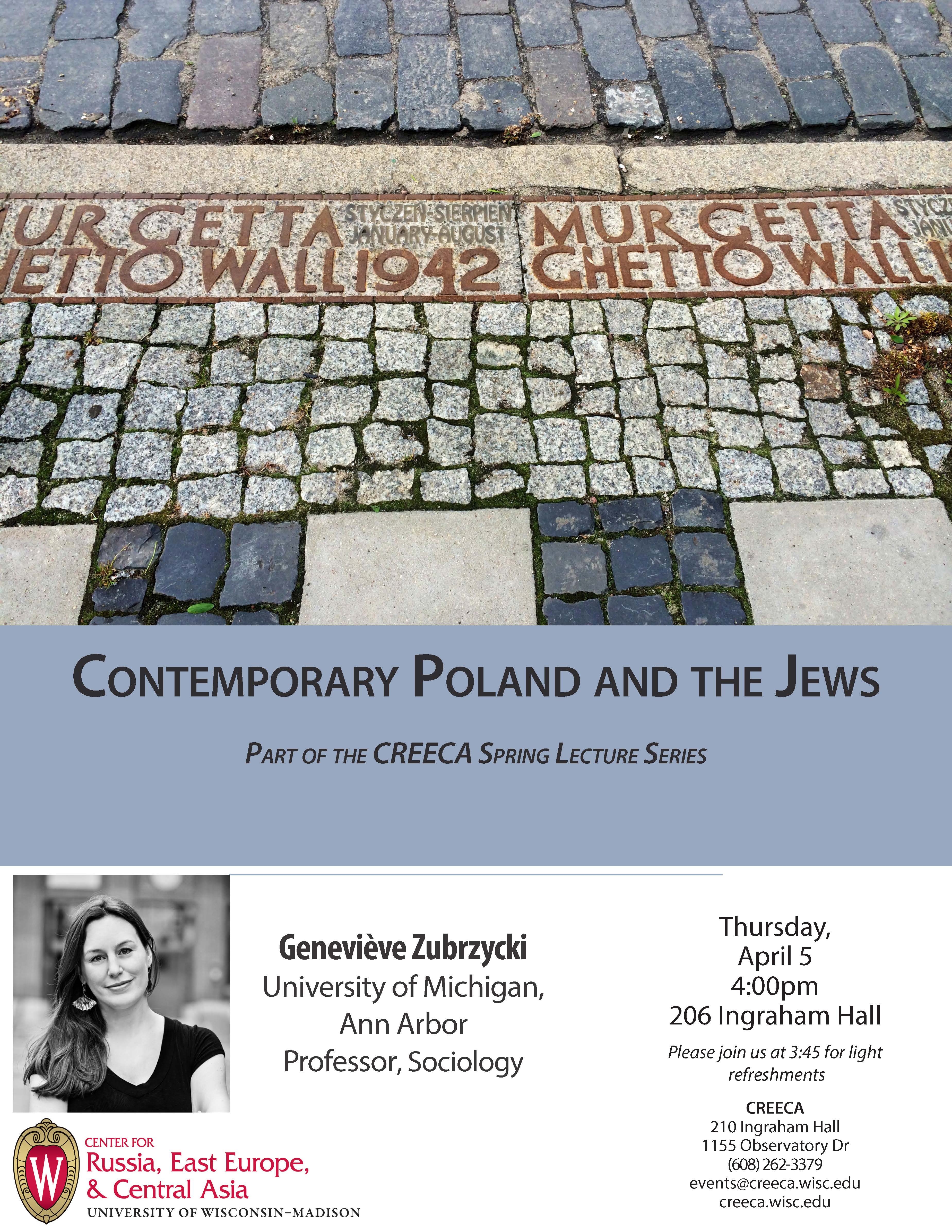 In spite of the Jewish community’s small size in contemporary Poland, Jews occupy a large space in social imagination and political discourse in that country. Perhaps more than ever before, the Polish public sphere is shaped by both anti- and philo-Semitic discourse, public initiatives and private actions. How can we make sense of the ongoing “Jewish revival,” and the resurgence of state-sponsored anti-Semitic historical policies such as the recent “Holocaust law”? In asking this and other questions, Zubrzycki will examine these diverse processes and show how they are related to debates about the redefinition of Polish national identity.

Geneviève Zubrzycki is Professor of Sociology and Director of the Weiser Center for Europe and Eurasia at the University of Michigan. She studies national identity and religion, collective memory and national mythology, and the contested place of religious symbols in the public sphere. She’s the author of the award-winning books The Crosses of Auschwitz: Nationalism and Religion in Post-Communist Poland (2006, Polish trans. 2014) and Beheading the Saint: Nationalism, Religion and Secularism in Quebec (2016), and the editor of National Matters: Materiality, Culture, and Nationalism (2017). Zubrzycki pursues her analysis of religion, secularism, and memory in a new monograph, tentatively entitled Antisemitism, Philosemitism and the Politics of Memory in Contemporary Poland.