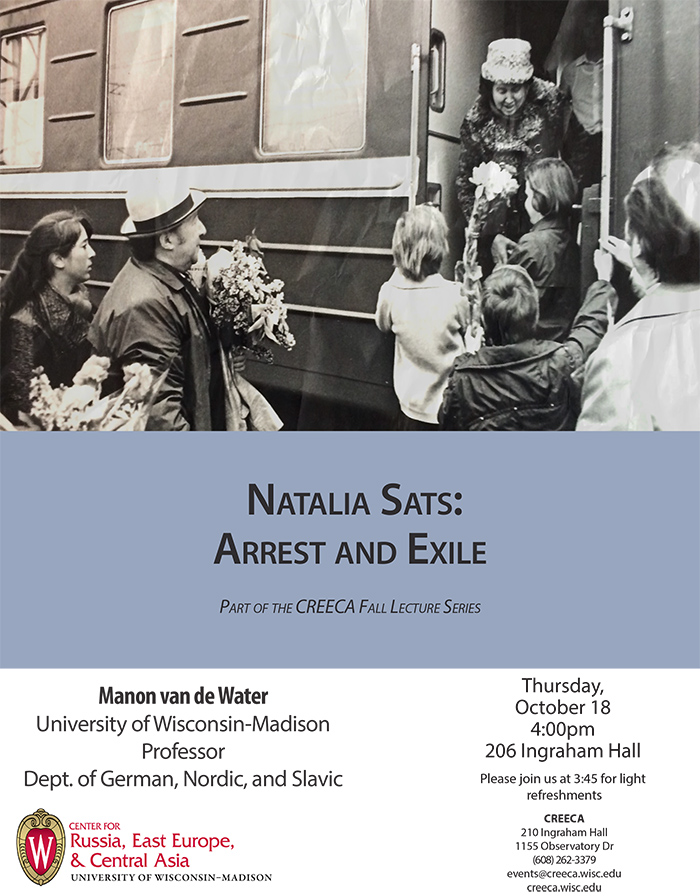 Natalia Sats (1903-1993) is the mother of professional theatre for children and youth, that is, theatre by adults for young people. Starting as a 15-year-old in charge of the Children’s Theatre in Moscow shortly after the 1917 Revolution, Sats founded several theatres for young people and remained a major force in the field until her death in 1993. In many ways the life of Sats mirrors Soviet life, through the trials and tribulations of the Revolution, Stalin’s purges, the Thaw, Glasnost and Perestroika, and on through the demise of the Soviet Union in 1991. This talk will focus on the circumstances of Natalia Sats’s arrest and exile and her artistic endeavors in camps and in exile in Almaty, painting a picture of a female artist in men’s world who may very well have been the only female artist to live through the entire Soviet period.