“Misremembrance of Things Past: Cooperation Between the US and Russia Despite Conflicting Narratives” 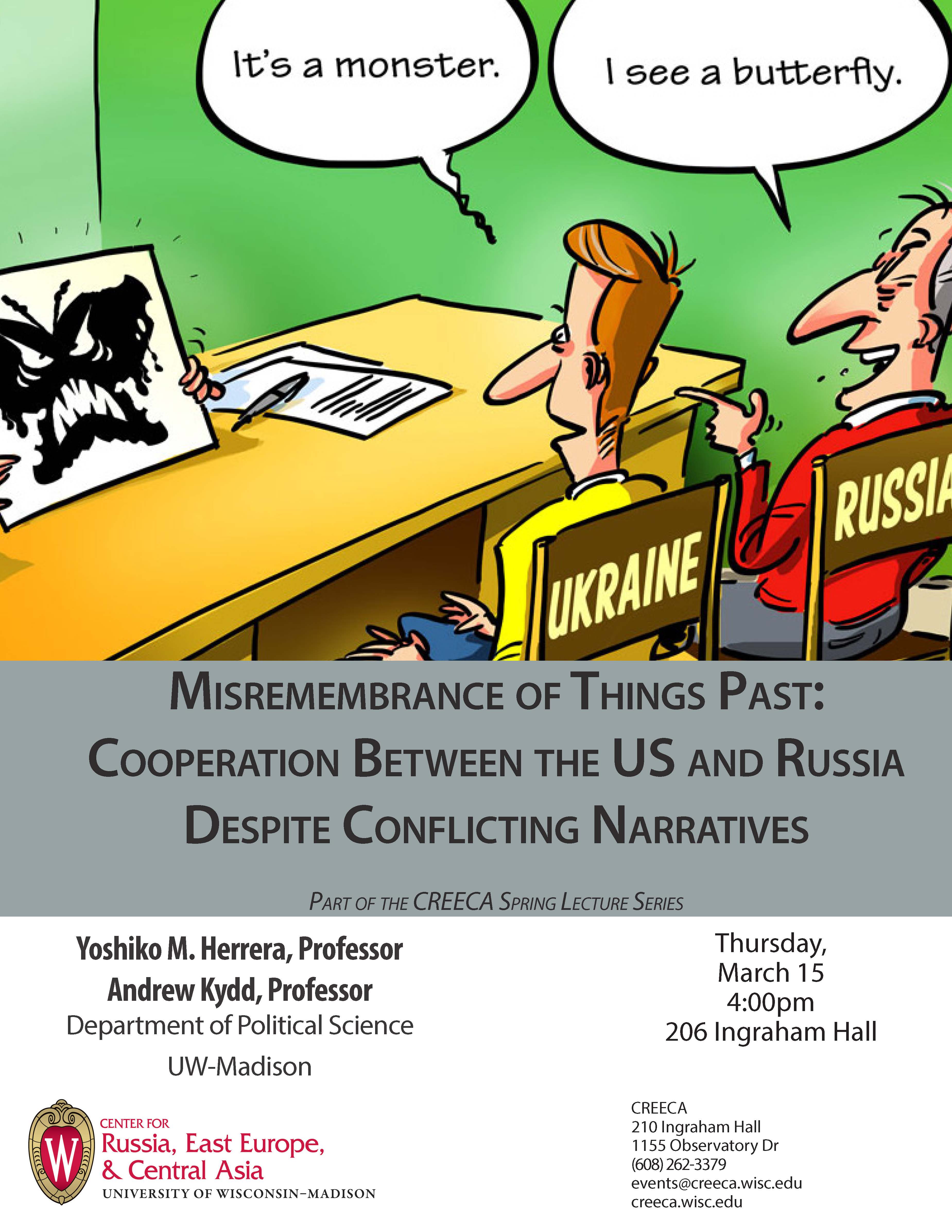 Conflict between states or actors belonging to different identity groups is often accompanied by sharply divergent historical narratives about responsibility for past wrongs. Indeed, shared understanding of past events is often a constituitive element of a social identity, and these diverging narratives of the past can prevent cooperation in the present. In formal models of cooperation such as the Repeated Prisoner’s Dilemma, many strategies that facilitate cooperation depend upon shared beliefs about who is responsible for prior defections. Absent such agreement, these strategies are likely to perpetuate conflict rather than overcome it. In contrast, we examine alternative “blame-free” strategies that can sustain cooperation in the absence of shared beliefs about guilt for past transgressions. We present the results from a computer tournament of several strategies and show how if there are divergent perceptions, “temporary mutual punishment” is the the strategy that tends to prevail, if cooperation is possible at all. We consider this model of cooperation with a case study of the current context of U.S.-Russian relations since the Crimea crisis.

Yoshiko M. Herrera received her B.A. from Dartmouth College (1992) and M.A. (1994) and Ph.D. (1999) from University of Chicago.  She was on the faculty at Harvard University in the Government department from 1999-2007 and currently is Professor of Political Science at UW-Madison.  From 2011-2014 she was Director of Center for Russia, East Europe and Central Asia, and from 2012-15 she was co-Director, International Institute (now Institute for Regional and International Studies) at University of Wisconsin-Madison.  She is currently Director of the UW-Madison Partnership with Nazarbayev University in Astana, Kazakhstan. Current research focuses on US-Russian relations, xenophobia in Russia, jazz and race in Russia, identity and the stability of the nuclear Non-Proliferation Treaty (NPT), formal models of identity and international security.