“Nuclear Power and the Arrogance of Man: Revisiting the Chernobyl Disaster” 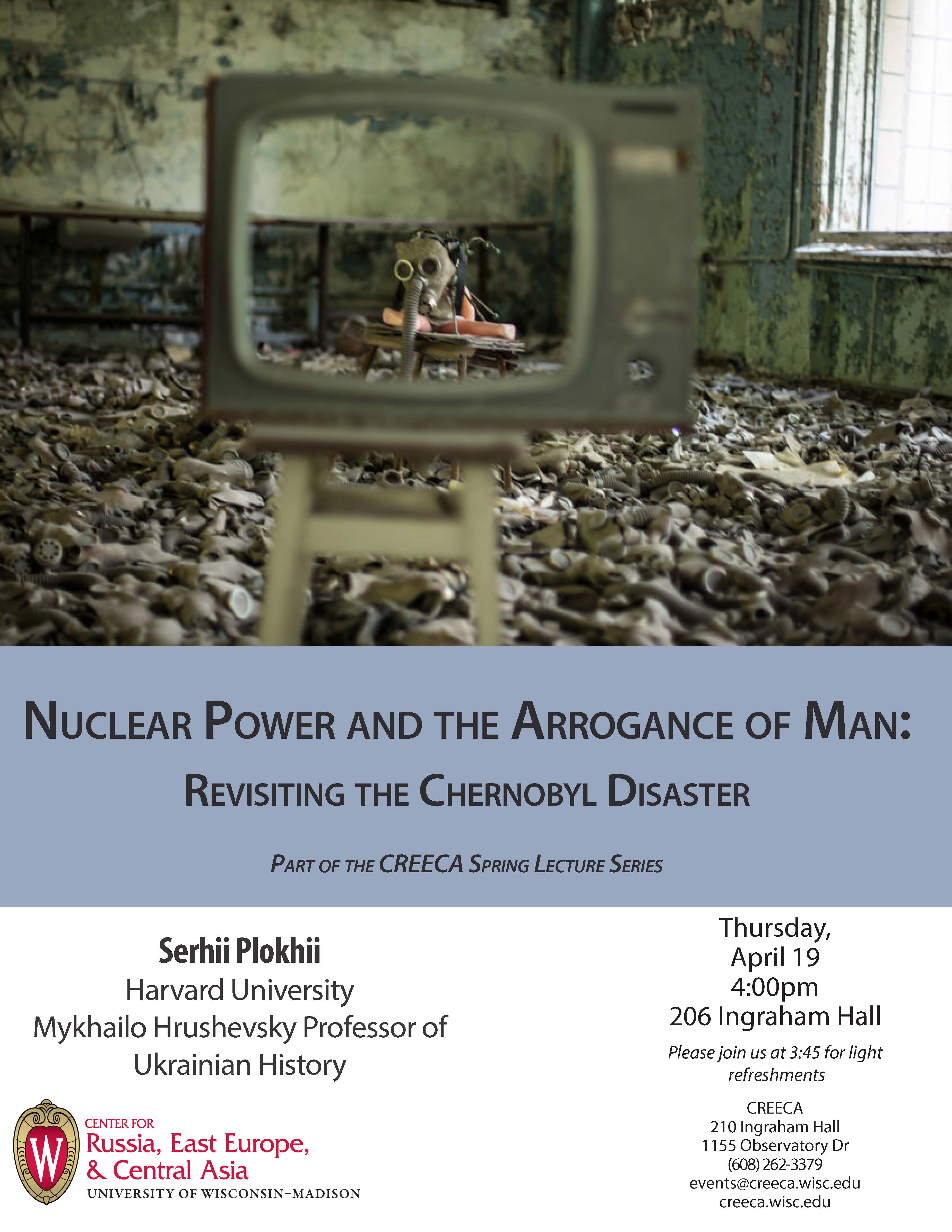 On the morning of April 26, 1986, the world witnessed the worst nuclear disaster in history: the explosion of a reactor at the Chernobyl Nuclear Power Plant in Soviet Ukraine. Dozens died of radiation poisoning, fallout contaminated half the continent, and thousands fell ill. In his lecture, Serhii Plokhii draws on new sources to lay bare the flaws of the Soviet nuclear industry, tracing the disaster to the authoritarian character of Communist party rule, the regime’s control of scientific information, and its emphasis on economic development over all else. Today, the risk of another Chernobyl, claims Plokhii, looms in the mismanagement of nuclear power in the developing world.

Serhii Plokhii is the Mykhailo Hrushevsky Professor of Ukrainian History and the director of the Ukrainian Research Institute at Harvard University. His interests include intellectual, cultural and international history of Eastern Europe. A leading authority on the region, he has published extensively in English, Ukrainian and Russian. Plokhii is the author of several influential monographs, including, Lost Kingdom: The Quest for Empire and the Making of the Russian Nation (New York, 2017). His newest book, Chernobyl: The History of a Nuclear Catastrophe will be released by Basic Books in May 2018.