3. “Putin’s Leadership and Historical Legacies in Russia: Was the Soviet Revival Avoidable?” 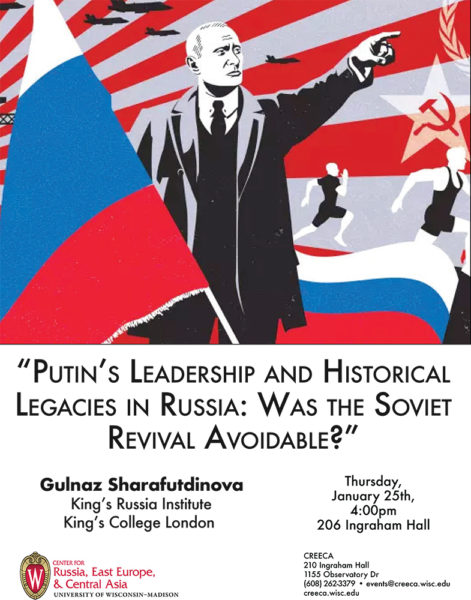 This study contributes to the debate about the legacies of the Soviet era in contemporary Russian politics. Critical of treating legacies as causal factors, I advance a socio-cognitive approach that brings together political leadership, legitimacy concerns and factors that constrain/enable the choices of legitimating narratives that resonate with the masses. I argue that Vladimir Putin has indeed relied on the revival of the central dimensions of the Soviet collective identity evoking a sense of exceptionalism and using conflict as a means of consolidating the Russian domestic public.

Gulnaz Sharafutdinova is a senior lecturer at King’s Russia Institute (King’s College London). She is an author of “Political Consequences of Crony Capitalism Inside Russia” (2011) and numerous other publications on the issues of Russian federalism, political economy and regional politics in Russia. Her latest research project focuses on the issues of political legitimacy, social identity and Putin’s leadership to explain Russia’s contemporary political dynamics.