“Why Poland Matters: Sources of Radical Right Power in Eastern Europe and the World” 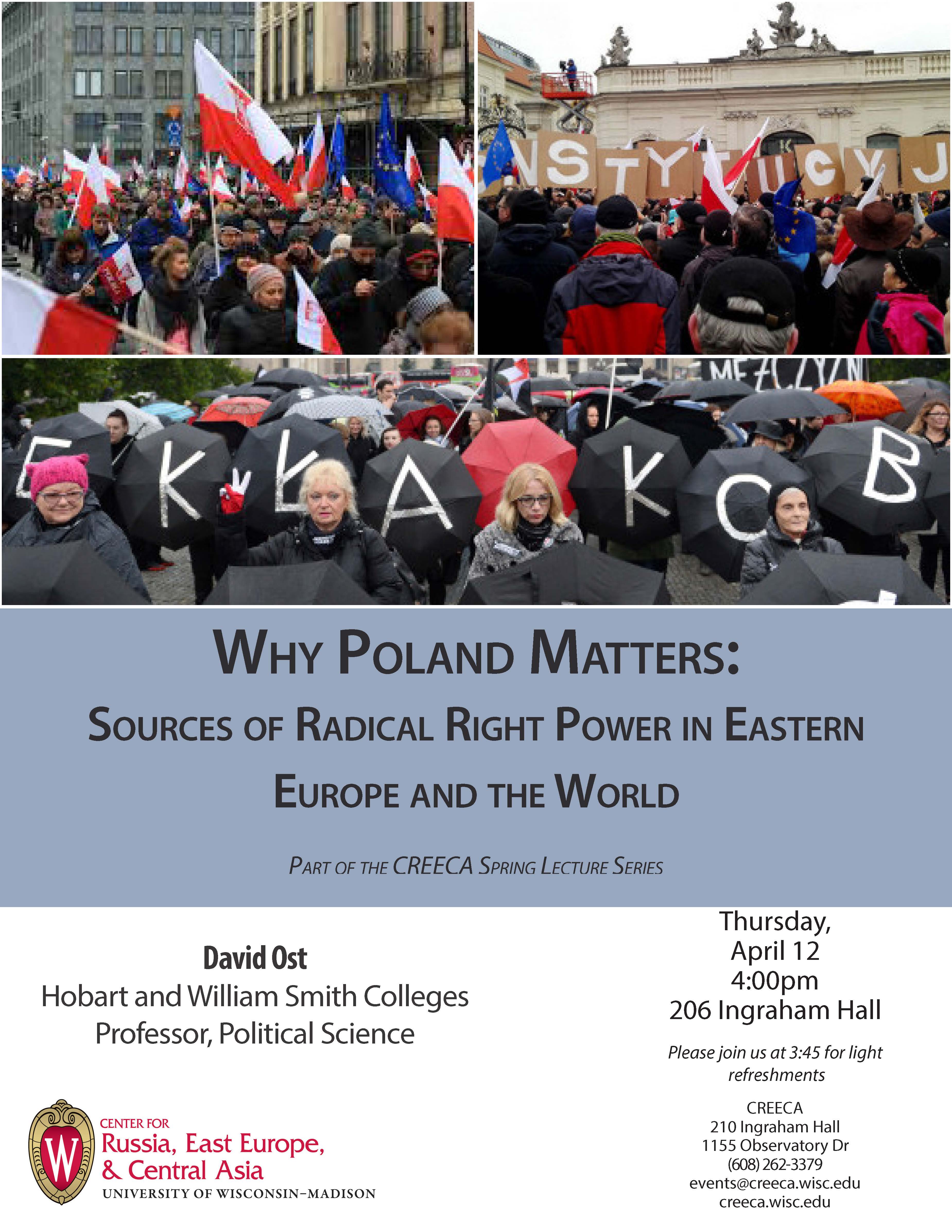 In its third year of power, Poland’s far right Law and Justice party enjoys greater public support than ever before. Where other far right parties have alienated large numbers of citizens, has Law and Justice found a way to make “fascism” acceptable again? With policies including family benefits, enforced labor laws, higher wages for the working poor, a government takeover of the courts, state promotion of racism, and fanatic nationalism, Law and Justice harks back to classical notions of “national socialism,” with the modern twist of allowing an opposition to exist (though with restrictions limiting its capacities). Can it work? What are the conditions for its success? Why is the party so difficult to challenge? Can it be replicated by Trump or in western Europe? The far right no longer just threatens to take power. In Poland and Hungary it already has, even while it faces critics even further to the right. Its model, moreover, is applicable elsewhere, including the United States. Poland helps us understand the sources of the far right’s new strength, and provides hints as to its potential weaknesses.​

David Ost is the Joseph DiGangi Professor of Political Science at Hobart and William Smith College. He has written widely on eastern European politics and society, with a focus on political economy, democratization, capitalism, and labor. Ost is the author of several books on communist and postcommunist society, including The Defeat of Solidarity: Anger and Politics in Postcommunist Society, which received the Ed Hewett award for Best Book in Political Economy. In addition, his essays have been published in a number of scholarly and popular journals including Politics and Society, European Journal of Social Theory, East European Politics and Society, European Journal of Industrial Relations, and The Nation.