“Writing an Integrated History of Central Asia: The Pleasures and Perils of Thinking Across the Russian-Chinese Imperial Boundary” 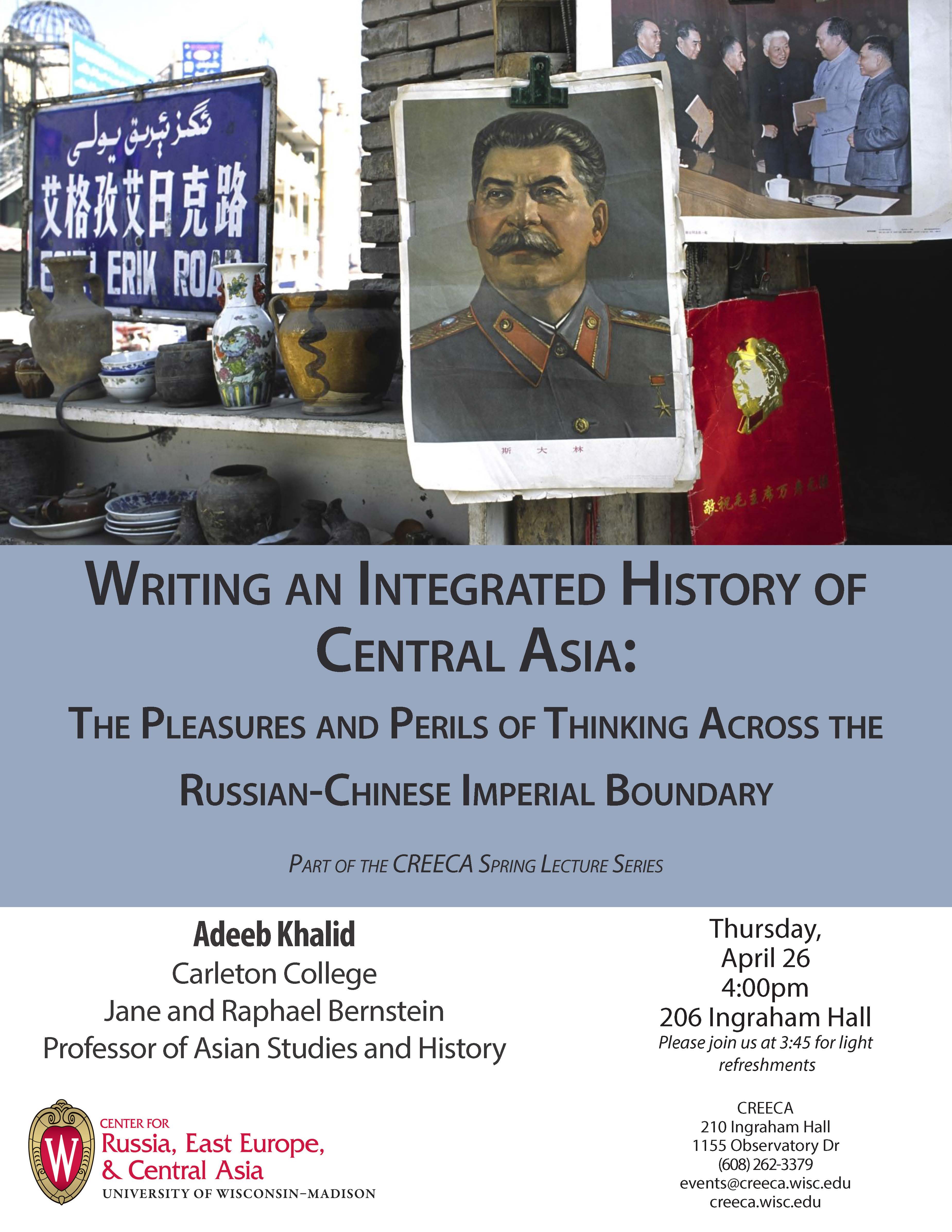 An Islamicate, primarily Turkic region that we might call Central Asia stretches from the Altai to the Caspian. In the modern era, this region was divided up between the Qing and the Romanov empires. Over the last century and a half, the two parts of Central Asia (“eastern” and “western,” “Chinese” and “Russian”) have undergone radical transformations under imperial and communist regimes that have often unfolded in tandem. Is it possible to write an integrated account of this history? How does one relate the commonalities with the different political trajectories of the two parts of Central Asia? Khalid is in the process of writing a general history of modern Central Asia and has faced these issues head on. In this talk, he will address some of these questions and present the answers that he has formulated. His hope is to provoke discussion and receive some feedback as well.

Adeeb Khalid is the Jane and Raphael Bernstein Professor of Asian Studies and History professor at Carleton College in Northfield, Minnesota. He works on the Muslim societies of Central Asia in the period after the Russian conquest of the 19th century, with thematic interests in religion and cultural change, nationalism, empires and colonialism, and in Soviet history in general. His most significant contribution to scholarship is three books: The Politics of Muslim Cultural Reform: Jadidism in Central Asia (University of California Press, 1998), Islam after Communism: Religion and Politics in Central Asia (University of California Press, 2007), and Making Uzbekistan: Nation, Empire, and Revolution in the Early USSR (Cornell University Press, 2015). He is currently working on a history of modern Central Asia for a general audience.