“Leadership Transitions in Central Asia: Past, Present, and Future” 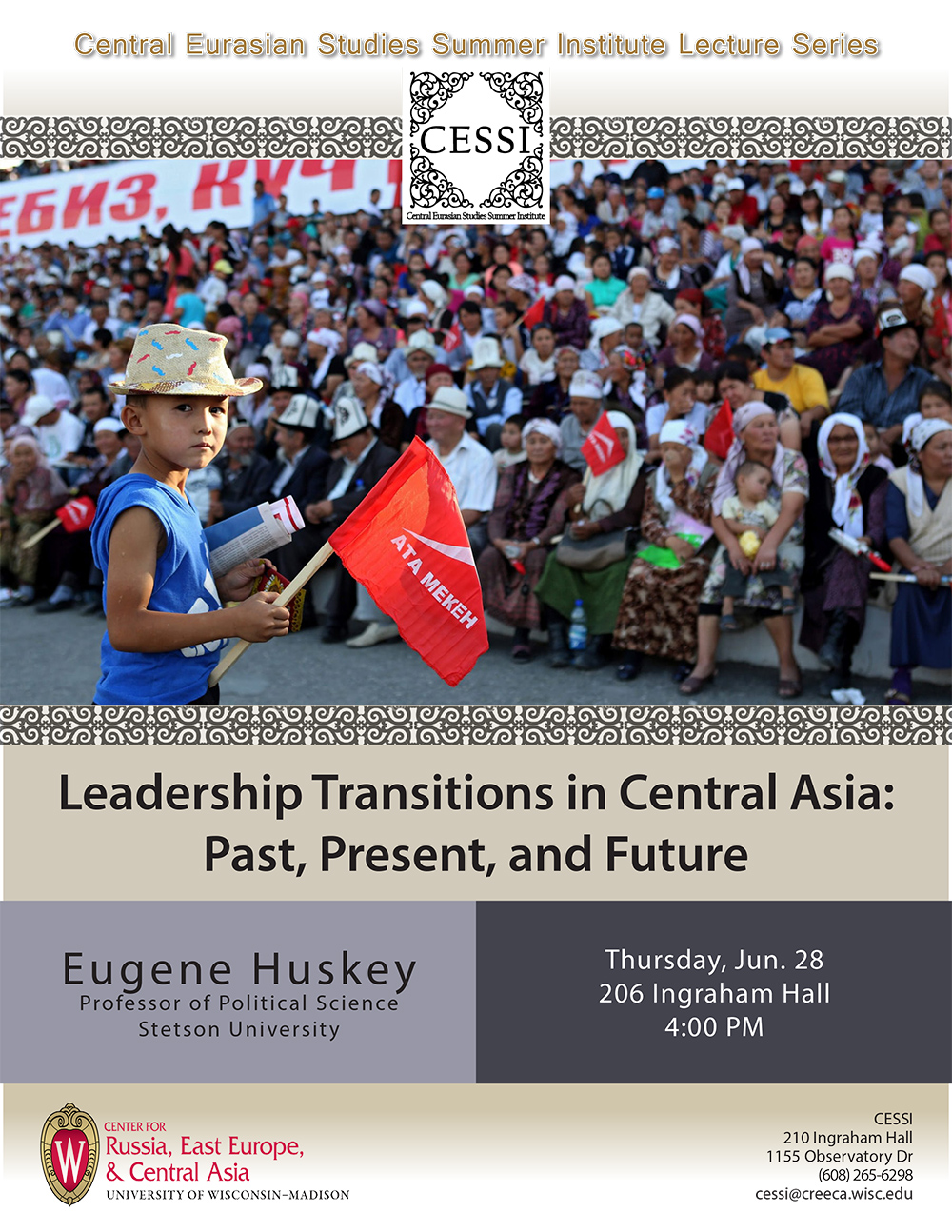 The literature on Soviet politics taught us that the lack of established, democratic procedures for leadership transitions exposed the USSR to succession crises. One might expect, then, that the authoritarian regimes dominating post-communist Central Asia would be prone to disruptive leadership transitions, and yet that has not been the case. In fact, if one leaves aside the tumultuous early years of Tajikistan’s independence, it is only in Kyrgyzstan—which boasts the region’s most competitive political environment—that one finds deeply disruptive succession crises, the latest of which is on full display this year. After a review of the transitions of power in Central Asia (including Azerbaijan) over the last quarter-century, Huskey uses, inter alia, the works of Barbara Geddes on personalism and Henry Hale on patronalism to seek to explain the political transitions paradox.

A specialist in the politics and legal affairs of the USSR and the post-communist states of Russia and Kyrgyzstan, Eugene Huskey is William R. Kenan, Jr. Professor of Political Science at Stetson University in Florida. His latest book, which will appear in September, is Encounters at the Edge of the Muslim World: A Political Memoir of Kyrgyzstan.