“How Strong is the Russian President?” 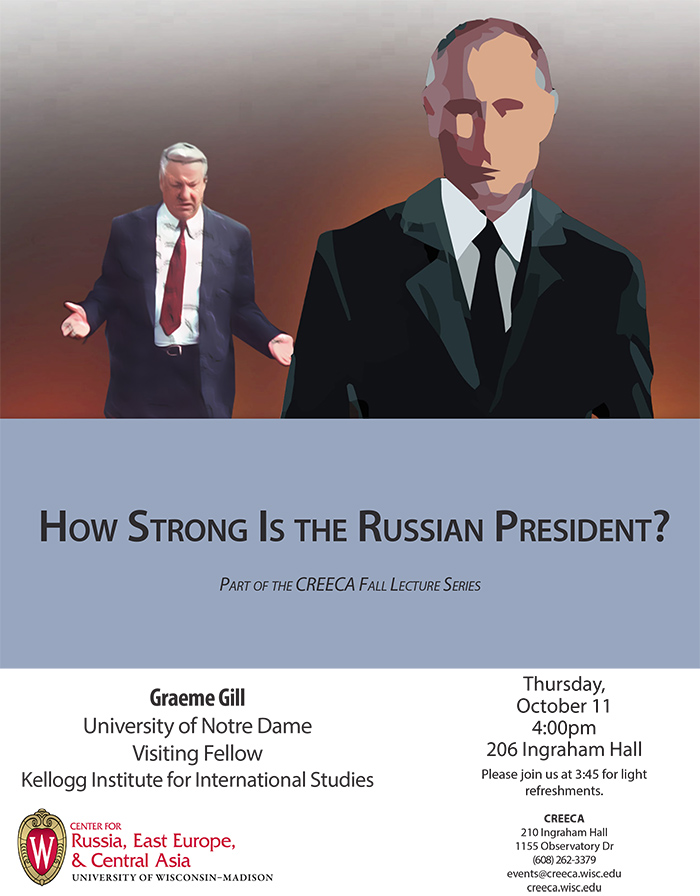 When the Russian Constitution was adopted in 1993, many observers were critical of what they saw to be its super-presidential nature. This was a misreading of the actual document, and it also failed to take into account the potential difference between what the document says and how particular individuals interact with it. Some are highly constrained by it and others less so, but this is often less a function of the document itself than of the personality of the person involved and other contingent factors. This is clearly reflected in the different presidencies of Boris Yeltsin and Vladimir Putin. Yeltsin was a weak president whose sparse political resources meant that the Constitution acted as a restraint upon how he could act and contributed to a performance that disappointed many. In contrast, Putin’s greater store of political resources (and luck!) enabled him to be a much more active and effective president. Nevertheless he clearly faces current challenges, some of which are reminiscent of his predecessor. This paper will survey the performance of both presidents and project how Putin might seek to meet those challenges over the coming five years.

Graeme Gill is a political scientist who specializes in Soviet and Russian politics. Gill is Professor Emeritus of Government and International Relations at the University of Sydney and is a fellow of the Academy of the Social Sciences in his home country of Australia. His previous work has focused on the various aspects of the development of the Soviet system from 1917 until its collapse in 1991 and on the political development of post-Soviet Russia. Gill has also published books on democratization, the role of the social class in a state’s political trajectory, and the nature and development of the modern state. While at the Kellogg Institute, Gill is working on a project entitled “Bridling Autocrats: Limiting Executive Power in Authoritarian Polities.” The project draws on comparative analyses of the USSR, China, and Latin America to understand the way that political elites organize themselves and their interactions. The project seeks to discover what norms, rules, and understandings underpin elite relations and whether these are common across regime types.