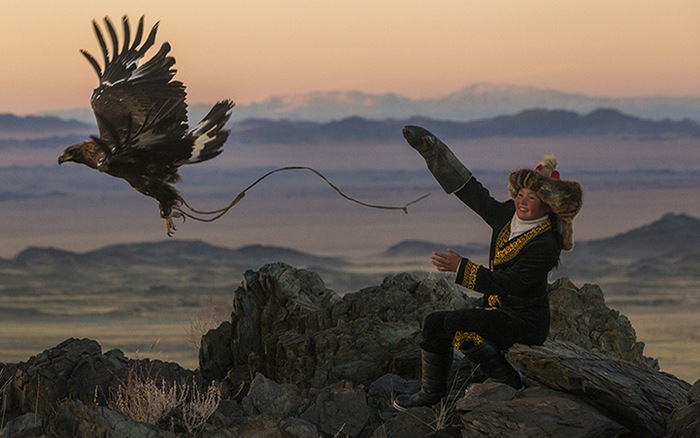 This screening is free and open to the public.

Set in western Mongolia, the film tells the story of thirteen-year-old Aisholpan as she trains to become the first female in twelve generations of her Kazakh family to become an eagle hunter. Narrated by Daisy Ridley, this inspiring documentary enjoyed popular and critical acclaim during its original theatrical release.

The film will be followed by an in-person Q&A discussion with The Eagle Huntress’ producer, UW-alumna Stacey Reiss. Click here to see the full schedule for the Institute for Regional and International Studies November 2018 film series.