Sponsored by the Jean Monnet European Union Center of Excellence for Comparative Populism. 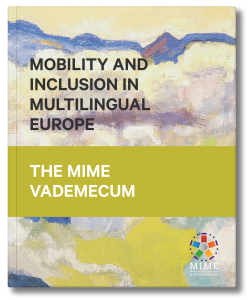 After introducing a conceptual framework for analyzing linguistic identity and political power in Western and non-Western contexts, and discussing the monolingual bias of many nation-states, this lecture will sketch out a theoretical approach for analyzing the close, yet nonetheless intricate historical relationship between language and nationalism. It will then assess how the sociolinguistic tendencies of the present seem to challenge the historical legacy that links state and citizens to only one language. In Europe, where the idea of the national language was once born, we face an increasingly complex diversity that stems from the juxtaposition and intertwining of autochthonous languages (which may be linked to majority or to minority groups), immigrant languages and a lingua franca (which in some cases may coincide with one of the previous categories). In light of both normative arguments and sociological evidence, it seems reasonable to assume that institutional approaches adopted to productively confront this diversity should follow strategies that generalize multilingual repertoires and set the foundations for a multilingual citizenship.

About the Speaker: Peter A. Kraus is a full professor of political science (comparative politics) and the director of the Institute for Canadian Studies at the University of Augsburg (Germany). He has been the chair of ethnic relations at the University of Helsinki, an associate professor of political science at Humboldt University in Berlin, a John F. Kennedy Memorial Fellow at the Center for European Studies at Harvard University, and a visiting professor at the New School for Social Research, the Universitat Pompeu Fabra in Barcelona, and the University of Chicago. He has published widely and in several languages on cultural diversity and identity politics, ethnicity, nationalism, and migration, political linguistics, the dilemmas of European integration, as well as problems of democratization and democratic theory. He is the author of ‘A Union of Diversity: Language, Identity, and Polity-Building in Europe’ (Cambridge University Press, 2008). His most recent publications include ‘The Catalan Process: Sovereignty, Democracy and Self-Determination in the 21st Century’ (edited w. J. Vergés, Barcelona: Institut d’Estudis de l’Autogovern, 2017) and ‘The Politics of Multilingualism: Europeanisation, globalisation and linguistic governance’ (edited with F. Grin, Amsterdam: John Benjamins, 2018). Kraus has been the Chair of the Research Networking Programme ‘Responding to Complex Diversity in Europe and Canada’ (RECODE, www.recode.info), funded by the European Science Foundation, and a member of the steering committee of the European Commission’s Seventh Framework project ‘Mobility and Inclusion in Multilingual Europe’ (MIME).