Sponsored by the La Follette School of Public Affairs

Despite similar authoritarian contexts, environmentalists in China and Russia face different political realities. In China’s more tightly controlled political system, environmental groups can access policymakers through informal channels, leverage the legal system, and contribute to governance. In contrast, Russian environmental groups are mostly excluded from governance, have fewer legal opportunities, and, as a result, often utilize mass mobilization and international ties. What accounts for these differences?

Employing the concept of an authoritarian dilemma, this presentation offers a theoretical framework to explain divergent regime responses to civil society in China, Russia, and other authoritarian regimes. 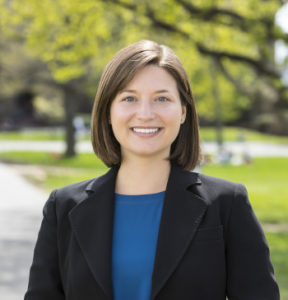 Elizabeth Plantan is a China Public Policy Postdoctoral Fellow at the Ash Center for Democratic Governance and Innovation at Harvard Kennedy School. Her research focuses on environmental affairs, civil society and philanthropy, and authoritarian governance, with a specialization in the politics and policymaking of China and Russia. She holds a Ph.D. in Government from Cornell University.