RACE IN FOCUS SERIES – CRITICAL PEDAGOGIES: Engaging with Race and Racism in the Classroom

Engaging with Race and Racism in the Classroom 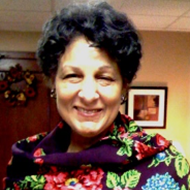 Joy Gleason Carew, PhD., author of Blacks, Reds and Russians: Sojourners in Search of the Soviet Promise (Rutgers U. Press 2008). Dr. Carew has been in academe for nearly 50 years, in institutions as varied as community colleges, major research universities, small liberal arts colleges, and historically black universities. She recently retired from the University of Louisville after 20 years. There, she was the Resident Linguist and Professor of Pan-African Studies. Her specialty has been to look at the experiences and impact of African Diasporan communities. Dr. Carew is also the former Associate Director of the International Center at the University of Louisville. Her most recent publications are posthumous works with her late husband, the writer and Pan-Africanist, Jan Carew. They are an edited collection of poetry by Jan Carew, Return to Streets of Eternity (Smokestack Books (UK)), 2015 and the co-written, Episodes in My Life: the Autobiography of Jan Carew (Peepal Tree Press (UK)), 2015. 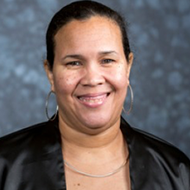 Raquel Greene is an Associate Professor at Grinnell College where she teaches all levels of the Russian language curriculum as well as a course based on her research, “The Theme of the African in Russian Literature and Culture.” She is especially well known as a scholar of the interplay of race, ethnicity and culture, and actively publishes in the fields of language pedagogy, Russian literature and culture, and children’s literature. She has been active in improving diversity in student recruitment and in the teaching of Russian nationwide. 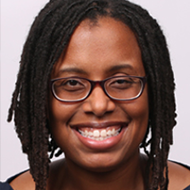 Chelsi West Ohueri is a cultural anthropologist and an Assistant Professor in the Department of Slavic and Eurasian Studies at the University of Texas at Austin. She is interested in configurations of race and belonging among Albanian, Romani, and Egyptian communities in South-eastern Europe. She also examines categories of whiteness and blackness as they are produced and reproduced throughout Europe and across the globe. West Ohueri is currently completing her ethnographic book project about this research. 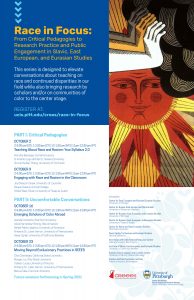