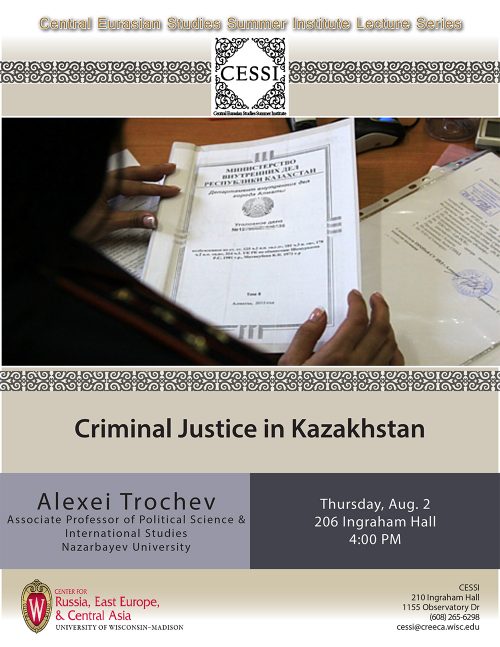 The criminal justice system in Kazakhstan is full of contradictions: Soviet-era accusatorial bias in pre-trial detention and sentencing goes hand in hand with the pro-defendant bias in closing criminal cases. This paradoxical co-existence of seemingly contradictory biases fits well within the informal power map of the criminal justice system. The major reform—reducing prison population to decrease recidivism and minimize international shaming—coupled with the more recent drives for closing cases on the basis of reconciliation, the total registration of crimes, and zero tolerance approach to combating crime, have been achieved only through the change of the incentive structure in the criminal justice system. The post-Soviet innovation of closing criminal cases of public prosecution based on the reconciliation with the victim of crime has proliferated in Kazakhstan because this matched both the incentives of the key actors in the criminal justice system and demands from private actors who are involved in criminal proceedings. In contrast, other types of public participation, such as jury trials, which implement the right to a fair trial, give teeth to adversarial proceedings, and cultivate judicial independence—requirements of the Constitution of Kazakhstan—have rarely been used because they disrupt existing power relationships within the law-enforcement system.

Alexei Trochev has been teaching law and political science courses at Nazarbayev University in Astana since 2011. His latest publications include “Kazakhstan: The State of Non-Democracy” in the 2017 Global Review of Constitutional Law, “Authoritarian Constitutionalism in Putin’s Russia: A Pragmatic Constitutional Court in a Dual State” (co-authored with Peter Solomon), forthcoming in Communist and Post-Communist Studies, and a book chapter “Transitional Justice Attempts in Kazakhstan” in the edited volume Transitional Justice and the Former Soviet Union: Reviewing the Past, Looking toward the Future. He is starting a new research project “In the Gulag’s Shadow: Producing, Consuming and Perceiving Prisons in the Former Soviet Union” in cooperation with the University of Strathclyde in Glasgow and the Higher School of Economics in Moscow.