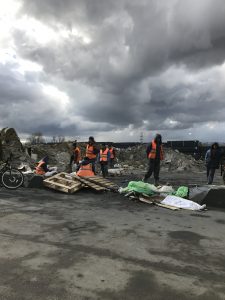 Russia has become one of the main global migration hubs following the collapse of the Soviet Union. The vast majority of migrant workers come to Russia from Central Asian countries. These migratory processes led to a drastic increase in the number of Central Asian transnational prisoners in Russia’s penal institutions. Given the arbitrary law enforcement and precarity and uncertainties stemming from shadow economy employment, a considerable number of Central migrants end up in Russian prisons. However, despite the large presence of Central Asian transnational prisoners in Russian prisons, we know relatively little about how these processes have affected the power geometry within prisons, changing the relationship between the prison administration and prisoners, as well as between Russian traditional prison subcultures and transnational Muslim prisoners.

With these considerations in mind, Professor Urinboyev’s presentation will discuss how the arrival of a large number of transnational Muslim prisoners shapes the traditional hierarchies and power relations in Russian penal institutions. He will argue that the large-scale migratory processes have transformed Russian penal institutions into a legally plural environment where it is possible to glean the patterns of the coexistence and clash between various formal rules and informal sub-cultures: (a) colony regime, that is official regulations and everyday management practices at the institutional level, (b) traditional prison sub-culture, so-called the thieves’ law, (c) Muslim sub-culture based on Sharia law, and (d) sub-cultures based on ethnic solidarity norms. In doing so, this article challenges the widely held view among Russian criminologists and Western historians that penal institutions in Russia have traditionally been ethnically – (racially) and religiously- blind. The presentation will be based on the author’s extended ethnographic fieldwork in Moscow, Russia, and Fergana, Uzbekistan, conducted between January 2014 and September 2020. 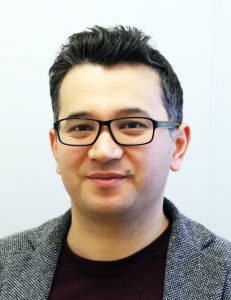 About the Speaker: Rustamjon Urinboyev is an Associate Professor in the Department of Sociology of Law at Lund University and Senior Researcher within the ERC-funded ‘Gulag Echoes’ project in the Aleksanteri Institute, University of Helsinki. Rustamjon works at the intersection of sociology of law and ethnography, studying migration, corruption, governance, and penal institutions in the context of Russia and Central Asia. His current research focuses on (a) migration, shadow economy, and informal legal orders in hybrid political regimes, (b) corruption, informality, and legal pluralism in Uzbekistan, and (c) informal hierarchies, religious orders, and ethnic identities in Russian penal institutions. He is the author of Migration and Hybrid Political Regimes: Navigating the Legal Landscape in Russia (2020), published by the University of California Press.