CANCELED: Chechen Demographic Growth as a Reaction to the Existential Threat from Russia with Marat Iliyasov

Given the ongoing assault on Ukraine, and with the speaker’s permission, the CREECA lecture originally scheduled for today (on Chechnya) has been postponed, with a new time and date TBD.

Instead, we welcome you to join us today, Feb. 24, at 4:00 pm in Sterling Hall 1310 for a discussion about the war in Ukraine. Ted Gerber, CREECA director, will moderate and some other faculty members will make brief statements, but really this is a time for an open discussion for UW faculty, staff, and students about the invasion of Ukraine, with time for people to ask questions, air their views, and process these events together.

CREECA is planning a larger and more formal public forum—a faculty panel discussion—for Wednesday, March 2 from 7:00-8:30 pm. We will share information about that as soon as the venue is confirmed. 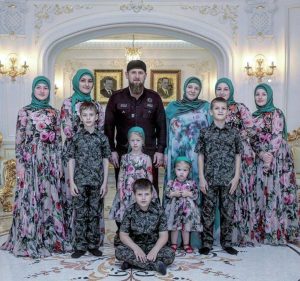 This lecture presents research findings which explored the reasons behind Chechen population growth in times of harshness. The investigation starts with an observation of a quite contradictory nature: Chechens would not postpone creating families in the time of wars (1994-1996 and 1999-2009). Being based on demographical statistics, which imply longitudinal studies, the analysis goes back as far as 200-250 years ago, when the first estimates of Chechen population size were made. This lecture analyzes available statistical data of the censuses conducted in Imperial Russia, the Soviet Union, and the Russian Federation, coupled with the previous periods of harshness experienced by the Chechen nation. The investigation relies on qualitative methodology, and the data was collected using semi-structured interviews and focus groups. The analysis of the interviews allowed confirming a strong link between reproductive motivation and two other variables, namely ethnic identity and population loss due to times of harshness.

About the Speaker: Marat Iliyasov is a graduate of Vilnius University, where he obtained his MA in Diplomacy and International Relations. His second MA comes from Ilia State University, and he holds a PhD from the School of International Relations of the University of St Andrews in Scotland. His current work comes to the crossroad of several disciplines, among which are: International Relations, Ethnography, and Political Demography. Dr. Iliyasov is an author of several publications that analyze migrants’ identity evolution, the demographic trends in the conflict and post-conflict societies, self-legitimation of authoritarian governments, and politics of memory in autocracies.