CREECA Lecture: Chechen Demographic Growth as a Reaction to the Existential Threat from Russia with Marat Iliyasov 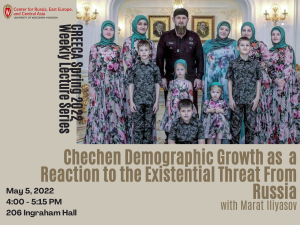 This lecture presents research findings on the reasons for Chechen population growth in times of harshness. The investigation begins with an observation of a quite contradictory nature: Chechens would not postpone creating families in times of war (1994-1996 and 1999-2009). Being based on demographic statistics, which imply longitudinal studies, the analysis goes back as far as 200-250 years ago, when the first estimates of Chechen population size were made. This lecture analyzes available statistical data of the censuses conducted in Imperial Russia, the Soviet Union, and the Russian Federation, examined with the periods of harshness experienced by the Chechen nation. The analysis of these interviews revealed a strong link between reproductive motivation and two other variables, namely ethnic identity and population loss due to times of harshness. 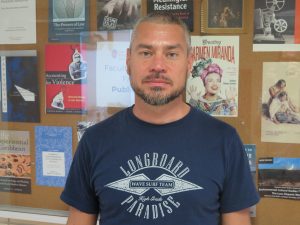 About the Speaker: Marat Iliyasov is a graduate of Vilnius University, where he obtained his MA in Diplomacy and International Relations. His second MA comes from Ilia State University, and he holds a PhD from the School of International Relations of the University of St Andrews in Scotland. His current work comes to the crossroad of several disciplines, among which are: International Relations, Ethnography, and Political Demography. Dr. Iliyasov is an author of several publications that analyze migrants’ identity evolution, the demographic trends in the conflict and post-conflict societies, self-legitimation of authoritarian governments, and politics of memory in autocracies.