CREECA Lecture: What’s New in the Prague Spring? Grassroots Evidence on the Viability of Humane Socialism with James Krapfl 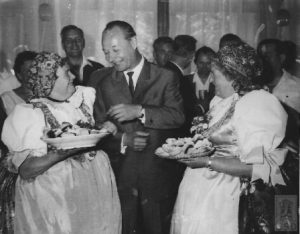 Photo courtesy of the Institute for Contemporary History, Prague

Historians once claimed that, after 1968, no one in Eastern Europe seriously believed that socialism could work. We now know that assessment to be incorrect, with many Czech and Slovak citizens in particular expressing the hope in 1989 that they might be able to pick up where the Warsaw Pact invasion had forced them to leave off. So what did change in the minds of Czechoslovak citizens in 1968? This talk will address this question on the basis of a comparative study of Czech and Slovak districts and towns, chronicling how citizens outside the capitals experienced the Prague Spring and incarnated it in their everyday lives. On the basis of this evidence from the grassroots level, the talk will also answer the vexing question of what might have happened had the Warsaw Pact not invaded–that is, whether “humane socialism” was viable. 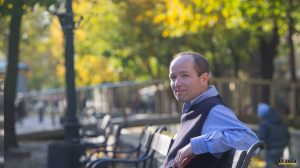 About the Speaker: James Krapfl teaches modern European history at McGill University in Montreal. His book Revolution with a Human Face: Politics, Culture, and Community in Czechoslovakia, 1989-1992, won multiple awards for its challenge to triumphalist Western narratives of the 1989 revolutions on the basis of evidence “from below.” Krapfl has also written about the evolving memory of 1989 across central and eastern Europe, dissent and civic movements before and after 1989, and the microprocesses of normalization. He is the editor of Canadian Slavonic Papers / Revue canadienne des slavistes.