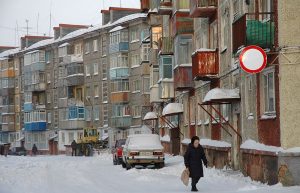 The introduction of an expansive housing reform in Moscow in 2017–the destruction and replacement of Khrushchev-era five story buildings–reflected a new form of consultative policy processes that demand state-society interaction. Similar policy interactions in democratic systems have led to increase in social capital and pro-social norms. In authoritarian contexts, the are a mechanism to win social support. Using data from a natural survey experiment, focus groups, and civic initiatives to protect residents’ rights, this study demonstrates the same pattern of increased pro-social norms and societal capacity for collective action among those included in the program, Smyth shows that these developments subsequently spilled over into political action. These findings have important implications for new state initiatives to extend the housing program across the Federation and push urbanization as the central mechanism to win societal support. 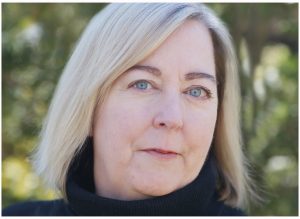 About the Speaker: Regina Smyth is Professor of Political Science at Indiana University. Her primary research interest is the dynamics of state-society relations in transitional and electoral authoritarian regimes. She has written extensively on political development in the Russian Federation focusing on elections, political parties, civic initiatives, grassroots mobilization, and the effects of social policy. Her research, largely based on original data collection and analysis, has been funded by the National Science Foundation, International Research and Exchanges Board, National Council for Eurasian and East European Research, and the Smith Richardson Foundation. Smyth’s articles appear in a wide range of regional studies and disciplinary journals including a recent Special Issue of Russian Politics exploring Russia’s new constitutional reform co-edited with Will Pomeranz. Smyth’s, book Elections, Protest, and Authoritarian Regime Stability: Russia 2008-2020, published in 2020 demonstrates the power of controlled elections to alter autocratic regimes. Her new book Varieties of Russian Activism, State-society Contestation in Everyday Life, edited with Jeremy Morris and Andrei Semenov, is forthcoming in 2022 from Indiana University Press. Her analysis of current events appears frequently at The Conversation.