Maria Snegovaya, Visiting Scholar at George Washington University and a postdoctoral scholar at the Kellogg Center for Philosophy, Politics, and Economics at Virginia Tech 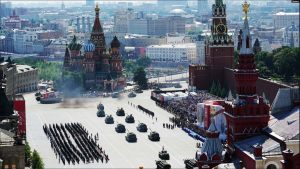 Scholars on “rally ’round the flag” often argue that by invoking the danger of external threats in times of economic hardship, leaders can rally the public around the government in a way that would otherwise be impossible. Alternative streams of the literature suggest that a darkening economic reality (“butter”) may weaken the impact of patriotic euphoria (“guns”). Snegovaya conducted an experimental survey to measure changes in foreign policy preferences among respondents exposed to negative economic priors in Russia. In line with the earlier findings on this topic, this analysis shows that participants who encounter negative economic primes report significantly less support for assertive foreign policy narratives. In this lecture, Snegovaya will demonstrate how continuing economic strain may limit the Kremlin’s ability to divert public attention from internal problems through the use of assertive rhetoric.

Maria Snegovaya (Ph.D., Columbia University) is a Visiting Scholar at George Washington University and a postdoctoral scholar at the PPE program at Virginia Tech. She is a comparative politics, international relations, and statistical methods specialist. The key focus of her research is democratic backsliding in Eastern Europe, as well as Russia’s domestic and foreign policy. Her research results and analysis have appeared in policy and peer-reviewed journals, including West European Politics, Journal of Democracy, and Post-Soviet Affairs. Her research has been referenced in publications such as the New York Times, the Economist, and Foreign Policy. She is frequently invited to give talks at U.S. universities and think tanks.

Please note that this lecture will be based on Snegovaya’s research paper, “Guns to Butter: sociotropic concerns and foreign policy preferences in Russia” (Post Soviet Affairs, 2019). If you are attending the event and are interested in reading Snegovaya’s article, please reach out to events@creeca.wisc.edu to request a digital copy.