CREECA LECTURE: The Gendered Ambiguity of the Postcommunist Transitions

This event will be held over Zoom: REGISTER HERE. 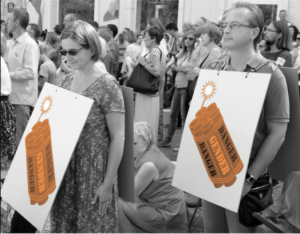 Kristen Ghodsee’s 2017 New York Times op-ed and subsequent popular book, Why Women Have Better Sex under Socialism (2018), now translated into 12 other languages, is the latest foray into a central and longstanding debate as to whether the transition in Central-Eastern Europe and Eurasia was bad for women.  Drawing upon four decades of gender scholarship of this region with more than 200 million women, we build on and move beyond this unanswerable question to examine why and how assessments have been and remain contradictory.  Extending critical theory’s concept of intersectionality and interweaving the legacies of colonialism and informality, we ground our analysis and assessment in the concept of ambiguity.  Ambiguity helps us make sense of the varied perspectives of women in this region–as shaped by class, race, ethnicity, sexuality, age, and ability–and the varied and complicated processes of democratization, economic reforms, and redefining borders and alliances. This presentation comes out of our collaboration on The Routledge Handbook to Gender in Central-Eastern Europe and Eurasia (forthcoming July 2021), which reflects on and advances the interdisciplinary, transnational, and multidimensional study of this part of the world.  Over the last three decades, gender has become an integral, if derided, component of the study of the region across the social sciences. This study is also an important element of the decentering of the West in women’s, gender, and sexuality studies, especially with its nuanced and innovative theorizing on the intersections of class, ethnicity, and race outside of western frameworks.

Please note that the speakers have provided reference documents for this lecture, which can be accessed here.

Janet Elise Johnson is a Professor of Political Science at Brooklyn College, City University of New York, USA. Her books include The Gender of Informal Politics (Palgrave 2018), Gender Violence in Russia (Indiana University Press 2009), and Living Gender after Communism (Indiana University Press 2007). In the last few years, she has published articles in Slavic Review, Human Rights Review, Journal of Social Policy Studies, Politics & Gender, Perspectives on Politics, Journal of Social Policy, and Aspasia as well as online in The New Yorker, The Washington Post’s Monkey Cage, and The Boston Review.

Mara Lazda is Associate Professor of History at Bronx Community College, City University of New York, USA. Her regional focus is on Latvia, with broader research interests on the intersections between gender, nationalism, and transnationalism in historical and contemporary contexts. Her articles have appeared in the Journal of Baltic Studies, the International Journal of Politics, Culture, and Society, and Nationalities Papers. She has served as the President of the Association of Baltic Studies (2014-2016), a coordinator of the Gender and Transformation: Women in Europe workshop at New York University, and an editor for Aspasia: The International Yearbook of Central, Eastern, and Southeastern European Women’s and Gender History.