CREECA LECTURE: On Civilization’s Edge: A Polish Borderland in the Interwar World

Kathryn Ciancia, Associate Professor of History at the University of Wisconsin-Madison

Register for this talk here. 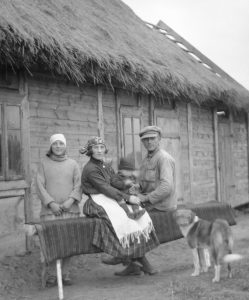 As a resurgent Poland emerged at the end of World War I, an eclectic group of Polish border guards, state officials, military settlers, teachers, academics, urban planners, and health workers descended upon an eastern borderland province that was home to Ukrainians, Poles, and Jews. Its aim was not simply to shore up state power in a place where Poles constituted a minority, but also to launch an ambitious civilizing mission that would transform a poor Russian imperial backwater into a region that was at once modern and Polish. By tracing how these men and women recast imperial hierarchies of civilization—in which Poles themselves were often viewed as uncivilized—within the borders of their nation-state, Kathryn Ciancia offers a new story of Polish nationalism that is both locally grounded and global in scope.

Kathryn Ciancia is an Associate Professor of History at the University of Wisconsin-Madison, where she has taught since 2013. She holds a BA from Oxford University, an MA from University College-London, and a Ph.D. from Stanford University. Her first book, On Civilization’s Edge: A Polish Borderland in the Interwar World, has just been published by Oxford University Press. She is now at work on a new book about the role of Poland’s global consular network in policing the boundaries of citizenship between the end of World War I and the beginning of the Cold War.