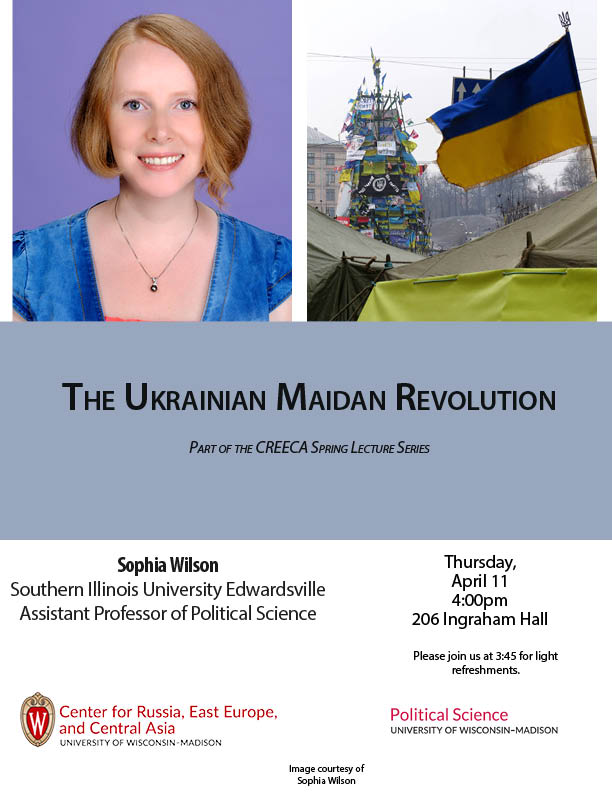 The Ukrainian revolution was a mass-based resistance movement, which culminated with the ousting of the president. Driven by continually growing state repression, the resistance turned into a grass-roots movement with multiple civic groups coordinating security, logistical, legal and medical efforts to maintain dissent. Repression of the protesters included (but was not limited to) excessive use of police force, mass detentions, torture, and eventually, the use of live ammunition. The escalation of state repression led to continuous multi-faceted social resistance, which became increasingly violent in response to state aggression. The revolution produced bottom-up civic initiatives, affecting the dynamic of state-society dialogue, and placing social groups at the wheel of many structural transformations. I argue that a revolution is a state-society dialogue, wherein each side attempts to establish the boundaries of state-society interaction. I will analyze the state-society dialogue which took place during the Ukrainian Maidan revolution. More specifically, the battle over state-society boundaries between the state and the protestors, battles over legal norms, which took place in courts, and the role of religious and minority groups to reassert that the state’s violation of citizens’ constitutional norms as a violation of moral bounds. It is, therefore, essential to see not only the way norms are imposed by the state, but the way they are understood and practiced by the social actors. The Ukrainian Maidan Revolution was a momentous juncture in Ukraine’s history, as it prevented a consolidation of dictatorial power.

Sophia Wilson is an Assistant Professor in the Department of Political Science at Southern Illinois University Edwardsville. She was a visiting scholar at the Harvard Ukrainian Research Institute in 2015, and taught there on Ukrainian politics in the summer of 2017. Wilson’s research interests include revolutionary movements, human rights, and nation-building in the post-Soviet world. Her current book project is The Ukrainian Revolution: Causes and the Nature of Social Mobilization, wherein she analyzes the causes of the Ukrainian Maidan revolution of 2013-14, and the interactions between state and society during the uprising. Her articles have appeared in the Journal of Law and Courts, Problems of Post-Communism, and Post-Soviet Affairs.