Memories and Myths: The Personal and Political Impacts of the Siege of Leningrad 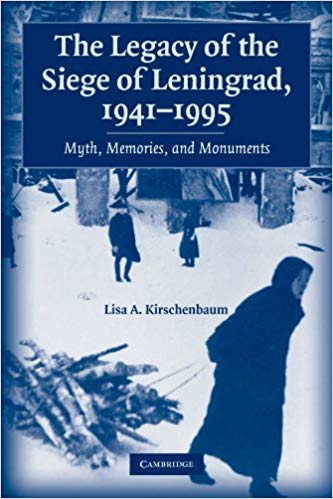 The siege of Leningrad was one of the most tragic episodes of World War II. Blockaded for almost three years, the city suffered staggering losses; perhaps as many as one million civilians died, primarily of starvation. During the war, the Soviet state covered up the extent of the losses and propagated the story of Leningrad as a “hero city.” In the presentation, I seek to explain how and why this heroic story outlasted the state that promoted it. Drawing on a variety of commemorative projects and memoirs, I show the ways in which personal memories underpinned the “official” narrative of Leningrad as a “hero city” and how the official narrative in turn offered a resource for survivors attempting to cope with and make sense of painful memories. The case of Leningrad illustrates how difficult it can be to separate the political and personal impacts of war. Recognizing the personal importance, if not internalization, of shared, ostensibly official narratives helps to explain why in contemporary Russia it has been so difficult to decouple ideology, politics, and memory.

Lisa Kirschenbaum is a professor of history at West Chester University. She writes and teaches about modern Russia and the Soviet Union, war and memory, international communism, and gender in modern Europe. Her books focus on questions of how individuals – children who grew up in the wake of the Russian Revolution, survivors of the siege of Leningrad – came to represent their life stories as part of history. Her most recent book, International Communism and the Spanish Civil War (Cambridge UP 2015), explores the personal and political lives of international communists. It was awarded the 2016 Heldt Prize by the Association for Women in Slavic Studies for best book by a woman in Slavic, East European, and Eurasian studies. Committed to bringing research into the classroom, Professor Kirschenbaum co-authored the textbook Russia’s Long Twentieth Century: Voices, Memories, Contested Perspectives (Routledge 2016) and translated and edited Olga Berggolts’s memoir Daytime Stars: A Poet’s Memoir of the Revolution, the Siege of Leningrad, and the Thaw (University of Wisconsin Press 2018). Her current research focuses on Soviet American cultural relations.

Sponsored in conjunction with the War in Society and Culture Program, Department of History