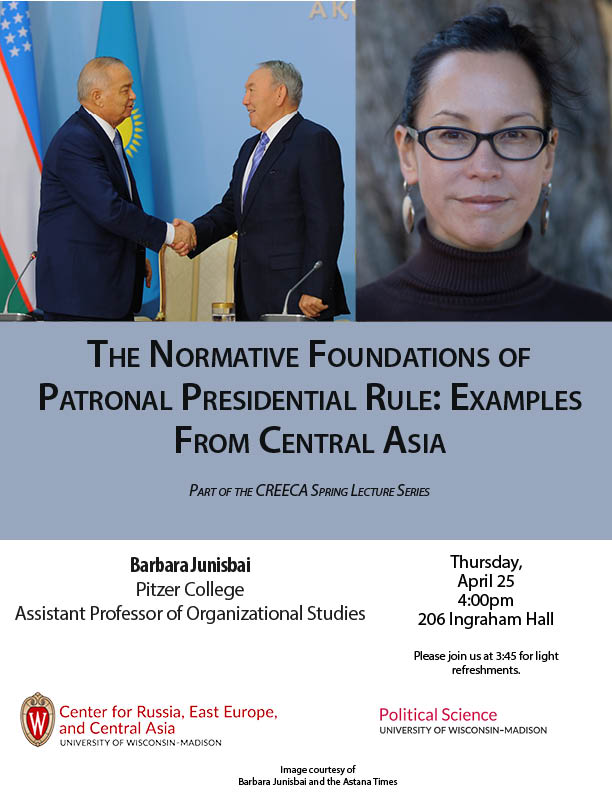 Patronage is often described as the ‘glue’ that binds Central Asian patronal presidents and elites, creating strong material incentives to uphold the political status quo. With one hand, the president rewards loyal elites, giving them access to ‘the fruits of office’ and other valued resources; with the other, the president punishes wayward elites, taking away whatever benefits they have accumulated and closing off access to future ones. Yet, material conceptions of patronage-based rule are incomplete without consideration of norms–the rules and expectations governing ‘who gets what, how’ and how much. As a routinized practice, patronage entails a ‘mutual promise-keeping’: just as elites agree to comport themselves according to expectations, the president promises to do the same, enforcing patronage norms as needed. Presidential legitimacy depends in large part on how well he is able to satisfy the demands of those closest to him (patronage norm #1: differential access) while also meeting his obligations to the broader set of elites whose support he depends upon to stay in power (patronage norm #2: fair play). To do otherwise not only risks alienating a broad swath of elites, but is also likely to make the president appear weak and ineffective, a ruler who is controlled by his inner circle rather than in control of it. The cases of President Nazarbayev of Kazakhstan and Uzbekistan under President Karimov illustrate the argument.

Barbara Junisbai is Assistant Professor of Organizational Studies at Pitzer College in the greater Los Angeles area. Her research interests are broad, including Central Asian politics and society, authoritarianism, decentered pedagogy, and community-engaged teaching and learning. Dr. Junisbai’s work has been published in Perspectives on Politics, Europe-Asia Studies, and Problems of Post-Communism, among others.