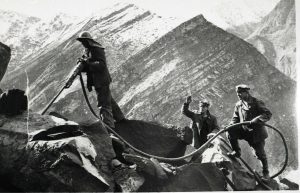 Decolonization in Soviet Tajikistan (Cornell University Press, 2018) investigates the Soviet effort to make the promises of decolonization a reality by looking at the politics and practices of economic development in central Asia between World War II and the collapse of the Soviet Union. Focusing on the Tajik Soviet Socialist Republic, the book places the Soviet development of central Asia in a global context. In this talk, Kalinovsky will review the book’s findings and the questions they raised, and discuss his experience with archives, memoirs, and oral history. 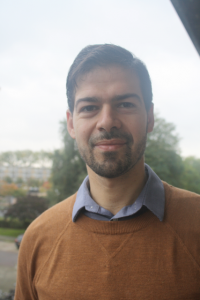 Artemy M. Kalinovsky is Professor of Russian, Soviet, and Post-Soviet Studies at Temple University and the Principal Investigator of the ERC-funded project Building a Better Tomorrow: Development Knowledge and Practice in Central Asia and Beyond, hosted at the University of Amsterdam. He is the author of Laboratory of Socialist Development: Cold War Politics and Decolonization in Soviet Tajikistan (Ithaca: Cornell University Press, 2018), which won the Ed A. Hewett and Davis Center prizes from the Association for Slavic, East European, and Eurasian Studies. Kalinovsky is also the author of A Long Goodbye: The Soviet Withdrawal from Afghanistan (Cambridge: Harvard University Press, 2011). He has co-edited a number of volumes on Soviet and Cold War history, including Alternative Globalizations: Eastern Europe and the Post-Colonial World (Bloomington: Indiana University Press, 2020), with James Mark and Steffi Marung, and The End of the Cold War and the Third World (London: Routledge, 2020), with Sergey Radchenko.