CESSI Lecture: Perspectives on Diplomacy and Languages in Central Asia 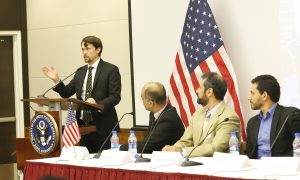 Darren Thies will share perspectives and advice on the career of a diplomat, learning foreign languages (particularly Persian dialects), current U.S. policies in Central Asia, and the human geography of the region. Darren can offer insights and answer questions on the cultures of Central Asia, traveling in the region, perceptions of Americans, how language is used in practice, and how the region has developed over the past decade. Darren’s linguistic expertise centers around the three main Persian dialects (Farsi, Dari, and Tajiki), and can offer specific advice to learners of these languages. 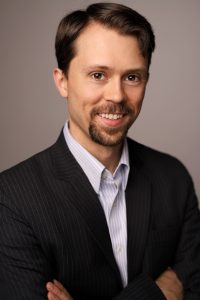 Darren Thies graduated from the University of Wisconsin-Madison in 2008 with a bachelor’s degree in History. Darren joined the Foreign Service of the U.S. State Department in 2010 on the Public Diplomacy career path. Darren served his first tour as a Justice Sector Program Officer at the U.S. Embassy in Dushanbe, Tajikistan 2010-2012, where he managed Border Security and Rule of Law programming. Darren then served as the Fraud Prevention Manager in the Consular Section at the U.S. Embassy in Bucharest, Romania 2013-2015. He then served a year at the U.S. Embassy in Kabul, Afghanistan 2015-2016 managing academic exchange programs such as Fulbright. Following Kabul, Darren served as the Public Affairs Officer in Vladivostok Russia 2017-2019. Darren recently finished a tour as the Spokesperson and social media manager for U.S. Embassy Dushanbe and will return as the Public Affairs Officer in Dushanbe in September 2021. Darren studied four semesters of Farsi, Hindi, and Spanish while in college, and has studied Tajiki, Dari, Romanian, and Russian since joining the Foreign Service.