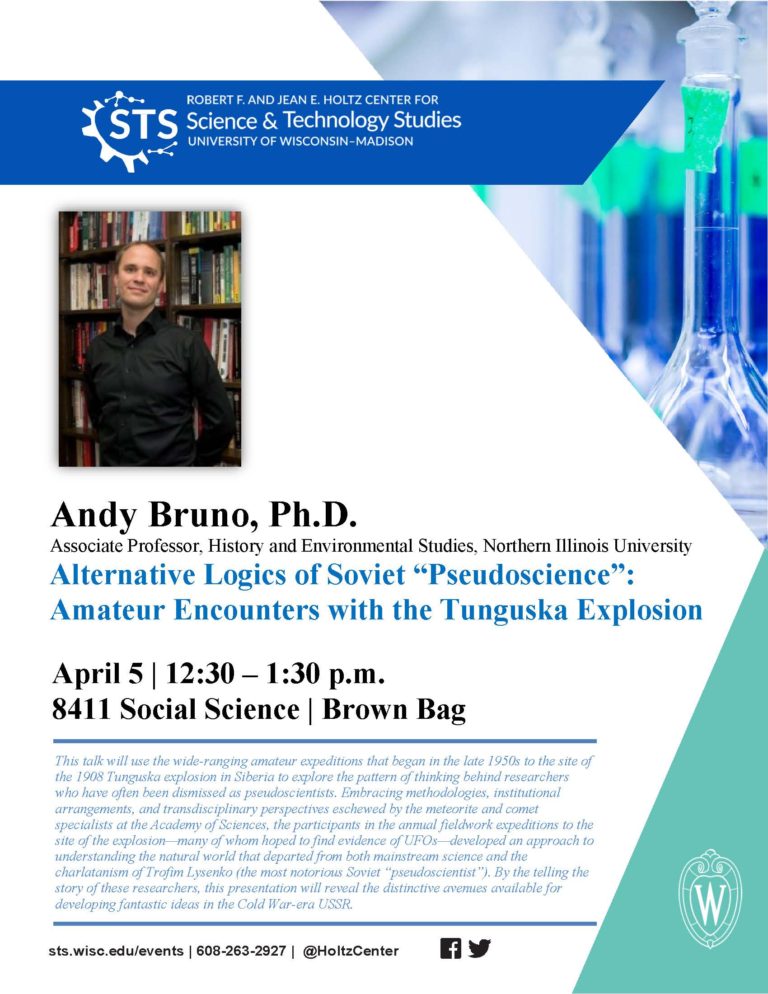 This talk will use the wide-ranging amateur expeditions that began in the late 1950s to the site of the 1908 Tunguska explosion in Siberia to explore the pattern of thinking behind researchers who have often been dismissed as pseudoscientists. Embracing methodologies, institutional arrangements, and transdisciplinary perspectives eschewed by the meteorite and comet specialists at the Academy of Sciences, the participants in the annual fieldwork expeditions to the site of the explosion—many of whom hoped to find evidence of UFOs—developed an approach to understanding the natural world that departed from both mainstream science and the charlatanism of Trofim Lysenko (the most notorious Soviet “pseudoscientist”). By the telling the story of these researchers, this presentation will reveal the distinctive avenues available for developing fantastic ideas in the Cold War-era USSR.

This is not a CREECA-sponsored event.