Belarus – A Country that Does not Need Democracy (or Does It?) 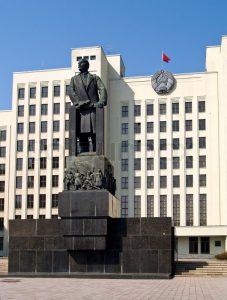 After the collapse of communist regimes in Eastern Europe and the Soviet Union, the countries in the region moved in the direction of democratization, or so it seemed at the time. Almost thirty years later, the outcomes of transition proved to be quite diverse. Some countries did live up to the general expectations: they democratized and even consolidated those democracies. Other countries established semi-democratic regimes, whereas still others consolidated their authoritarian rules instead. One of such countries that defied democratization was Belarus, a former Soviet Union’s republic. Unlike its neighbors, Belarus did not want to secede from the Soviet Union, and when the USSR was dissolved on December 8, 1991, for the majority of the population in the republic independence came as something unexpected and unheralded.

This presentation considers the post-communist development of the Republic of Belarus and suggests an answer to the question of why the country failed to democratize. Employing the modernization theory, the presentation analyzes the connection between economic development and democracy, and between civil society and democracy. It also explores the idea that the absence of a strong national consciousness might have contributed to the country’s inability to democratize. The analysis of Belarus’ post-communist development trajectory confirms that economic growth alone is not a sufficient condition for a successful transition from authoritarianism to democracy. It finds that Belarusian civil society is weak and unable to impact the decision-making process and public policy in the country. Finally, it suggests that one of the important reasons that explain Belarus’ failure to establish a vibrant civil society and democratize is an extremely weak national identity of the country’s citizens.

Yuliya Brel is a postdoctoral researcher at the Center for Applied Demography and Survey Research at the University of Delaware. She holds Master’s and PhD degrees in Urban Affairs and Public Policy from the Biden School of Public Policy and Administration at the University of Delaware, and a Master’s degree in linguistics from Minsk State Linguistic University in Belarus. Her research interests concentrate on the problems of transition from authoritarianism to democracy in Central and Eastern European (CEE) countries and the former Soviet republics, and on why some of them fail to democratize. She also studies democratic governance and the role of civil society in the process of transition to democracy and its subsequent consolidation. Additionally, her research focuses on the modern nation-building in post-communist states and on whether the strength/weakness of national consciousness, alongside other factors, played a role in the divergent outcomes of the process of democratization in CEE countries. Finally, she inquires into social policy, for example, language policy and how it may affect minority language speaking communities, or utilities and housing sector policy and the reasons for its ill success in some authoritarian states.