CREECA is supporting five East European films at the Wisconsin Film Festival: Petrov’s Flu (Russia, France, 2021), Miracle (Romania, Latvia, Czech Republic, 2021), No Looking Back (Russia, 2021), Unidentified (Romania, 2020), and 107 Mothers (Ukraine, Slovakia, Czech Republic, 2021). CREECA faculty, staff, and supporters can use the discount code CREECA50 to get a discounted admission to these films when purchasing online. UW-Madison students with a valid Wiscard are eligible for free, day-of tickets at the Festival, if seats are available. 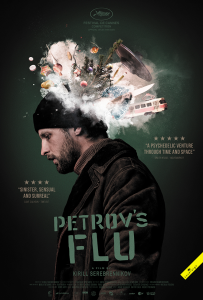 Petrov’s Flu (Russia, France, 2021): A literal fever dream of a film, Petrov’s Flu is a surreal ride through contemporary Russia that lovers of adventurous cinema won’t want to miss. There’s some kind of illness going around the city of Yekaterinburg, and Petrov can’t stop coughing. Flouting synopsis, the film adopts Petrov’s delirious mindset, thrillingly careening from one hypnotic setpiece to the next and straying to follow peripheral characters at will. Its dark, theatrical worldview is punctuated by occasional bursts of violence, moments all the more shocking for their suddenness. A virtuoso piece of filmmaking all around, Petrov’s Flu wends its way through flashbacks, dreams, hallucinations, and memories with the same mesmerizing fluidity of its labyrinthine Steadicam shots. Outspoken dissident writer/director Kirill Serebrennikov was placed under 20 months of house arrest while completing his previous film, Leto (WFF 2019), and shot Petrov’s Flu at night while appearing in court during the day. 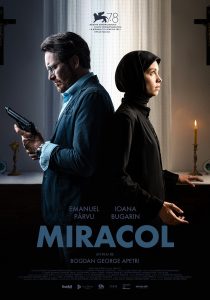 Miracle (Romania, Latvia, Czech Republic, 2021):Young nun Cristina (Ioana Bugarin) sneaks out of her isolated monastery to attend to an urgent matter. Her enigmatic journey takes her around town, but she is seemingly unable to solve her problem and find the man she is looking for. Out of options, she returns in the evening only to meet an unexpected fate on her way back to the convent. Later, Marius Preda (Emanuel Pârvu), a determined police detective, retraces Cristina’s journey through all the places she visited. Preda’s investigation uncovers clues and revelations leading not only to the unfathomable truth behind Cristina’s mysterious actions, but possibly, to an actual miracle as well. After Unidentified (also screening in this year’s WFF), Miracle is the second feature in a planned trilogy of movies set in the same small city and featuring interconnected characters, like Pârvu’s Preda, who also appears in Unidentified.

No Looking Back (Russia, 2021): A slam-bang blast from front to back, this rollicking action comedy will put a grin on your face—even after knocking a couple teeth out. Fresh out of jail, Olga heads straight to her mom’s house to get her 10-year-old daughter back. But her domineering mother isn’t about to let the kid go without a fight—and what a fight it is. A freewheeling, three-generation chase across the Russian countryside ensues, packed to the gills with slapstick showdowns, bone-crunching brawls, and big laughs. Exuberantly directed by Kirill Sokolov, this impeccably stylish rampage stages its melee with a cartoonish glee that will have you simultaneously cracking up and wincing. Sokolov erupted on the scene with his aptly named debut Why Don’t You Just Die?, a title that could just as easily be applied to this film. 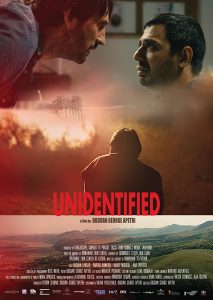 Unidentified (Romania, 2020): In a small city in Northern Romania, police detective Florin is determined to solve the case of two hotel fires that resulted in several deaths. Florin turns up a possible suspect who denies everything. Faced with his Chief’s lack of support, the mistrust of his colleagues, and a troubled personal life that include a dissolving marriage, the cop is forced to take extraordinary measures in order to close the file on the crimes. A story of the abuse of power that is redolent of the films of Sidney Lumet, this tightly woven procedural has a stinger in its tail. Writer/director Bogdan George Apetri also weaves in themes of sexism, masculinity, and racial prejudice for this first chapter of what promises to be a three-film trilogy set in the same town, with interconnecting characters. The second feature in the trilogy is Miracle, also showing in this year’s WFF, and Bogdan George Apetri will be with us in person to discuss his work.

107 Mothers (Ukraine, Slovakia, Czech Republic, 2021): A women’s prison in Odesa is the setting for this unique and fascinating docudrama about young motherhood. From the moment she gives birth, Leysa knows she has three years to spend with her newborn. After that point, the terms of her sentence dictate that she must either surrender her child to an orphanage or find a guardian to take custody, forcing this new mom to repair her fraught relationship with her own mother. Faced with this deadline, Leysa develops a complicated bond with the watchful prison warden Iryna, a sympathetic loner with deep-seated mother issues of her own. Previously a director of documentaries, Peter Kerekes adopts a hybrid approach for his first feature, drawing extensively on interviews with real-life inmates, nearly all of whom portray themselves.